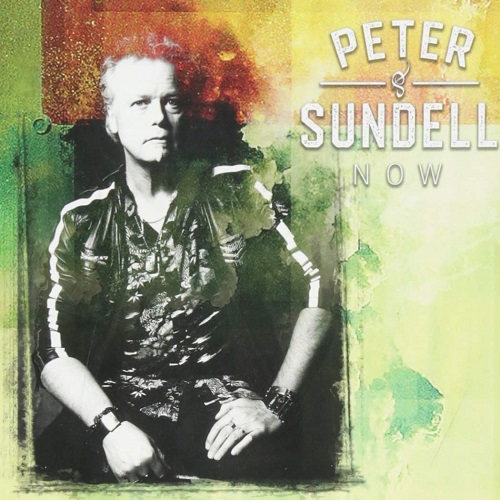 Peter Sundell is best known for his work as singer and songwriter for Grand Illusion, Promotion and Decoy, before he stole the hearts of many with the impressive debut album of C.O.P. With a new album of the latter on its way, Sundell bridges the gap offering his first debut album, paying tribute to his influences such as Airplay, Survivor, Billy Joel, Kansas, The Tubes, and more.

Let’s put this straight; Though `Now’ is an album packed with cover versions of his idols’ most cherished tracks, it also displays Sundell’s love for the genre as he injected the songs with his personal notes. Though he stayed close to the original, Peter and his team injected the songs with pomp rock elements and bombast spicing things up a little. From the start ,,Stranded” is extremely high pitched during its opening and moves forward with Queen-like instrumentation and pompous pretention, before it shifts into more classic melodic arena rock. There’s a lot going on and it not only revives the Queen sound, it also brings The Who to mind occasionally. It is the atmosphere present throughout the album. Dramatic classic interludes and heavy orchestration, progress over swirling piano and loud arrangements with ear mingling melodies. Sundell pitches it up high or flexing his vocal chords around the sticky melodies of those old time heroes. Though he works hard, sometimes Peter’s voice isn’t up to par completely, but he is forgiven. The man has a charismatic appealing voice and wide range, but sometimes he stands to isolated within all the pompous force at hand (,,Now”). ,,The Look In Your Eye” sounds rather unfamiliar being used to Glenn Hughes’ version and the Hughes/Thrall original.
Memorable moments are at hand when he delves deep with the impressive cover of The Tubes’ slow mover ,,Don’t Want To Wait Anymore”, which he tarnished and injected with powerful orchestration in the chorus. It’s exactly what he does with the remake of ,,Dust In The Wind”, completely revamped into a piano ballad with exquisite pompous and dramatic overhaul. Vocally Sundell at first listen isn’t a perfect match, but give the rearranged song time, and it will win you over. When Sundell and producer and multi instrumentalist Ola Aftrampe imply new arrangements they boast the drama and enhance the tracks to pomp rock magnitude. If they leave it pretty much untouched, Sundell delivers a loyal and true at heart representative version like Asia’s ,,Only Time Will Tell” and Survivor’s ,,Poor Man’s Son” that are fitting the format already. Little spiced up with piercing choirs and vocals, and enhanced with pomp steep keys, the songs stay close to the original.  Billy Joel’s ,,All For Leyna” and Moffatt’s ,,Endless Summer” are slightly pumped up with keys but retain its original feel.

Overal `Now’ is a good release from the Sundell team. An album filled with non-predictable songs of a devoted fan of the genre, touching them with love and devotion. Though the production is somewhat clinical and generic, the songs are presented with a pomp rock classic feel. Think Le Roux, Airplay, Hybrid Ice, Shooting Star and likewise acts. Enjoyable release…