PHIL CAMPBELL AND THE BASTARD SONS-The Age Of Absurdity 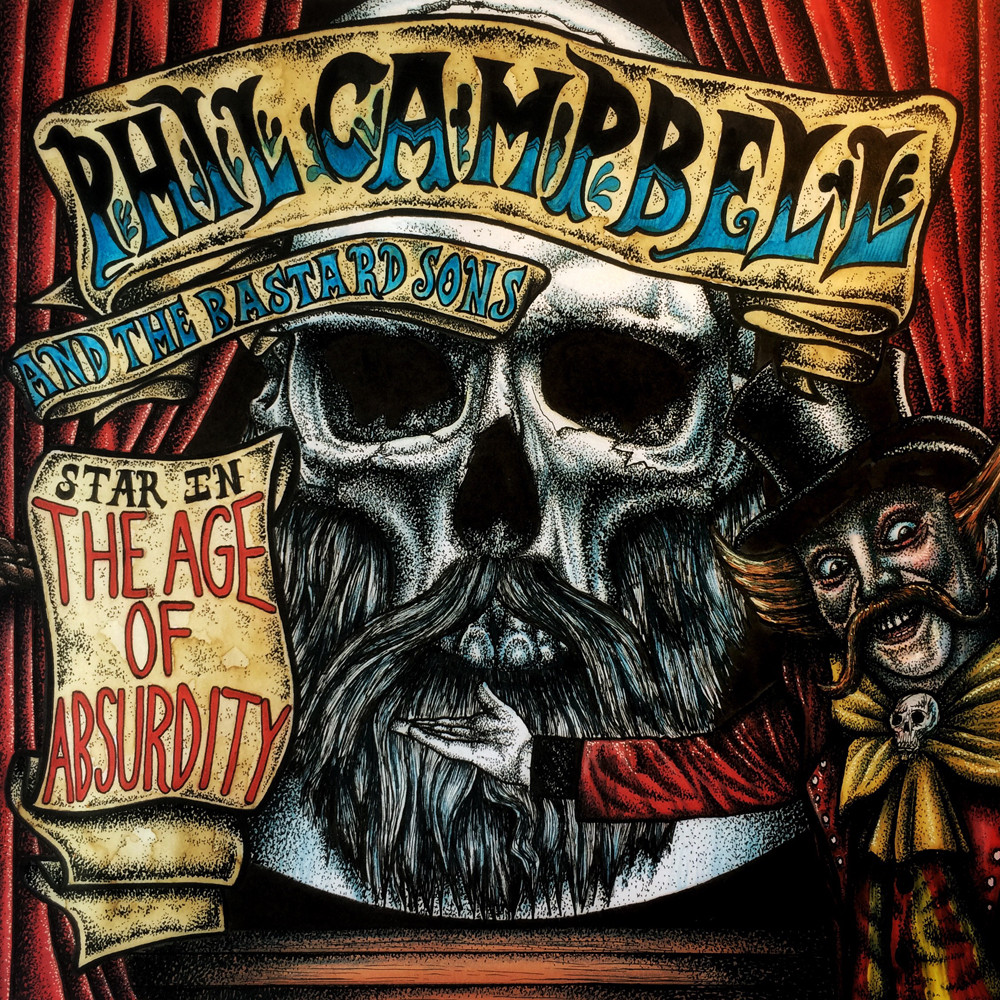 PHIL CAMPBELL AND THE BASTARD SONS-The Age Of Absurdity

In June 2017 Phil Campbell And The Bastard Sons released their first EP called ‘Live at Solothurn’ and now just 7 months later, the first full studio album called ‘The Age Of Absurdity’ will hit the stores on 26 January 2018. According to Phil Campbell, the notorious guitar picker from Motörhead (1984-2015) the album title was inspired by the crazy world we all live in today; the world is a bit of a theatre show, so the album artwork idea just seemed to fit so well with the whole concept and album title. ‘The Age of Absurdity’ contains 11 tracks and of course they are all in the veins of good old f…. Motörhead; just listen to the album opener and first single ,,Ringleader”, a very hard hitting song by the way, and you know what to expect from this album. ,,Skin And Bones” almost sounds so like Motörhead that you have the feeling that Lemmy has come down from the sky to play along on this one….. ,,Gypsy Kiss” is one of the fastest tracks on the album and that one really makes you almost break your neck, while ,,Dark Days” has a kind of bluesy feeling. My favourites would be ,,Dropping The Needle” with awesome drumming from Dane Campbell and the last track ,,Into The Dark”, an almost perfect song to end this great heavy metal album. Do not expect anything new, experimental or original on this album as ‘The Age Of Absurdity’ is kick ass, in your face rock and roll heavy metal from the start till the end and I love it! If you purchase the first pressing of this album then you can enjoy a marvellous bonus track, being ,,Silver Machine”, a Hawkwind song way back from 1972, featuring original Hawkwind member Dave Brock on guitar and vocals. ‘The Age Of Absurdity’ is a good start in the new year and I hope that more albums like this one will be released in 2018.