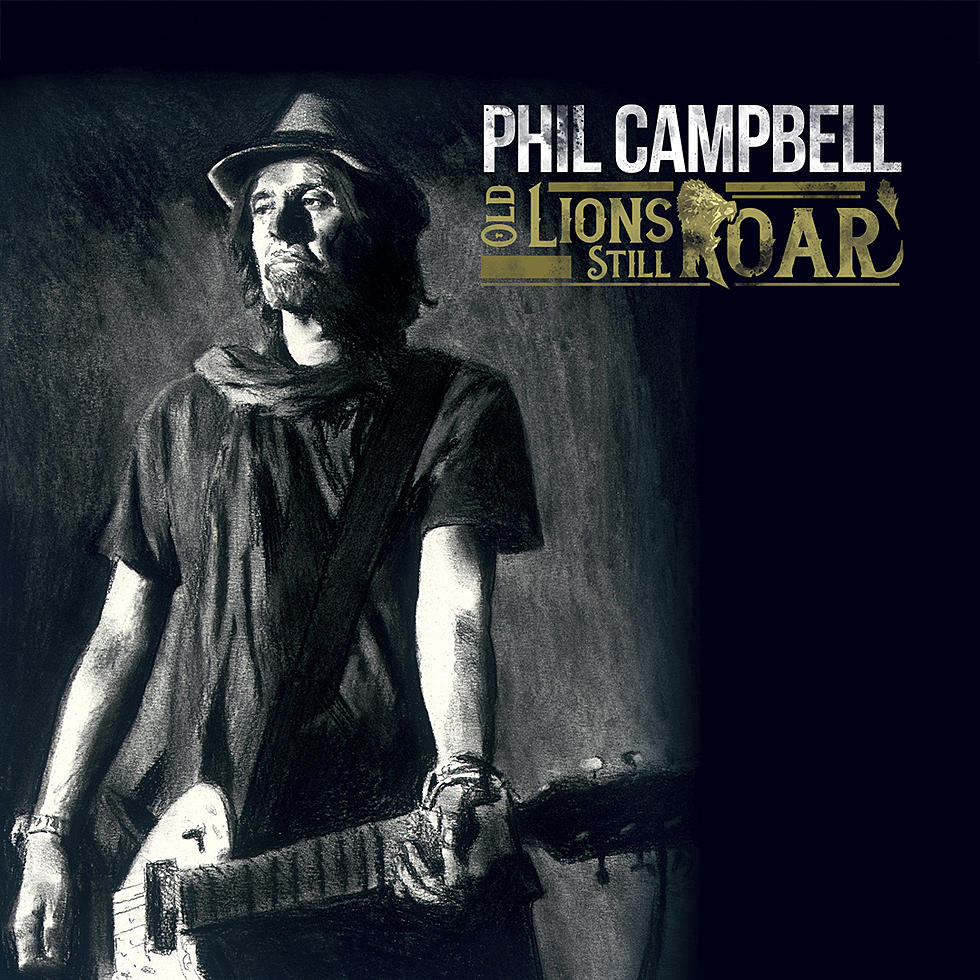 It is hard to believe that after a career of more than 35 years Welsh guitarist Phil Campbell releases his first solo-album. A while ago Phil and his three sons released the album ‘The Age Of Absurdity’ under the banner Phil Campbell And The Bastard Sons but that was a band album. This time things are a bit different. We all know Phil from his involvement with Persian Risk and above all Motörhead, the band that he served for many years until the moment that metal icon Lemmy died. During those days/years Phil thought about doing a solo-project and Lemmy encouraged him to follow his dream but commitments with the band always led to Phil just keeping some ideas in mind for later as the schedule with Motörhead was as we all know a busy one indeed. Now the time was right and Phil went to work, involving his son Todd as well. During the years Phil met and befriended many other musicians so when he approached a bunch of singers to give him a helping hand people like Rob Halford, Dee Snider, Alice Cooper, Whitfield Crane, Danko Jones, Ben Ward (Orange Goblin), Nev MacDonald (Skin), Nick Olivieri (Mondo Generator), Leon Stanford (from The People The Poet) and Benji Webbe (Dub War/Skindred) were willing to help out as did a certain guitarist called Joe Satriani. While writing the songs Phil Campbell allowed himself the opportunity to mix things up a bit. The bulk of the album is pure rock and melodic metal but a few songs are a bit different like opener ,,Rocking Chair’’ sung by Leon Stanford. It is an acoustic based song and a surprising soft opener for this album. It has a slight country/alternative feel and I like it. But then it is for uncle Rob and uncle Alice revving things up to a more familiar rock and metal mode where Phil as guitarist does his thing. Also ,,Faith In Fire’’ with Orange Goblin’s Ben Ward behind the microphone is a robust rocker and is possibly the heaviest song of the whole CD. But the most surprising song for me is without a doubt ,,Left For Dead’’ with former Skin singer Nev MacDonald who still has a great semi rough voice and he and Phil steer this balladesque rocker to a fantastic level with great and tasteful guitar work and vocals that are full of soul. Dee Snider delivers a solid performance on the rocker ,,These Old Boots’’ while Benji Webbe puts a lot of feel and subtleness in ,,Dead Roses’’, another song where Phil Campbell allows himself to do things a bit different. Also the instrumental ,,Tears From A Glass Eye’’ is a very different cup of tea from Phil and mister Satriani. Versatile and good tasty heavy rock is what defines ‘Old Lions Still Roar’ and with the mentioned variety provided by  the songs ,,Dead Roses’’, ,,Rocking Chair’’ and ,,Left For Dead’’ the first solo effort from Phil Campbell is well worth having. It took him years to do it but he came up trumps!