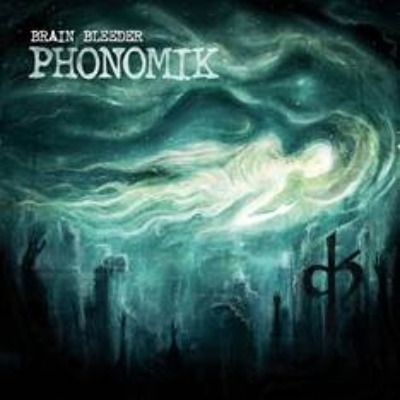 Phonomik is a dynamic five piece outfit from Denmark. They have been active since 2006, released their first CD ‘Soul Creeper’ in 2010 and for some reason it has taken them close to ten years to follow that one up with ‘Brain Bleeder’. Although not all thirteen songs on ‘Brain Bleeder’ are as good as each other (towards the end the music becomes somewhat monotonous), it can’t be denied that Phonomik has several qualities. The group around singer/guitarist Shane Bekker Dhiman and lead guitarist Kenneth Bergstrom packs quite a bit of power on the first part of the record. It is heavy, at times melodic, at times a bit thrashy and even progressive without clearly choosing a certain direction. The group balances between these different styles and most of the times that works out. With the hard edged songs on the first half on the CD Phonomik impresses with a steady pace, hardnosed riffs, plenty of tempo and a singer that steers himself through all kind of bends and curves without any problems or hesitation, with ,,Catatonic Overload’’ as most impressive piece followed by the fast and furious metal infused ,,God’s Pimp’’. What also helps this album is the very crafty and sharp production (Dibo Godwin) plus the crunchy mix (delivered by the famous Danish studio technician Jacob Hansen). The level that the band reaches at some point is quite astonishing but not all the time that is the case. There are also a few fillers. It is nice to have thirteen songs on an album but sometimes (as is the case here) it is better to be a bit strict when it comes to choosing the best songs. Luckily there are some really good songs on ‘Brain Bleeder’ (,,Dead Embrace’’ is a heavy progressive metal song that steals the show together with the above mentioned titles) so fans of progressive/heavy metal should take a gamble and give these dynamic Danes a run for their money. As ‘Brain Bleeder’ is an album that has something and is one of these releases that needs some time to settle in. Not a bad record at all.