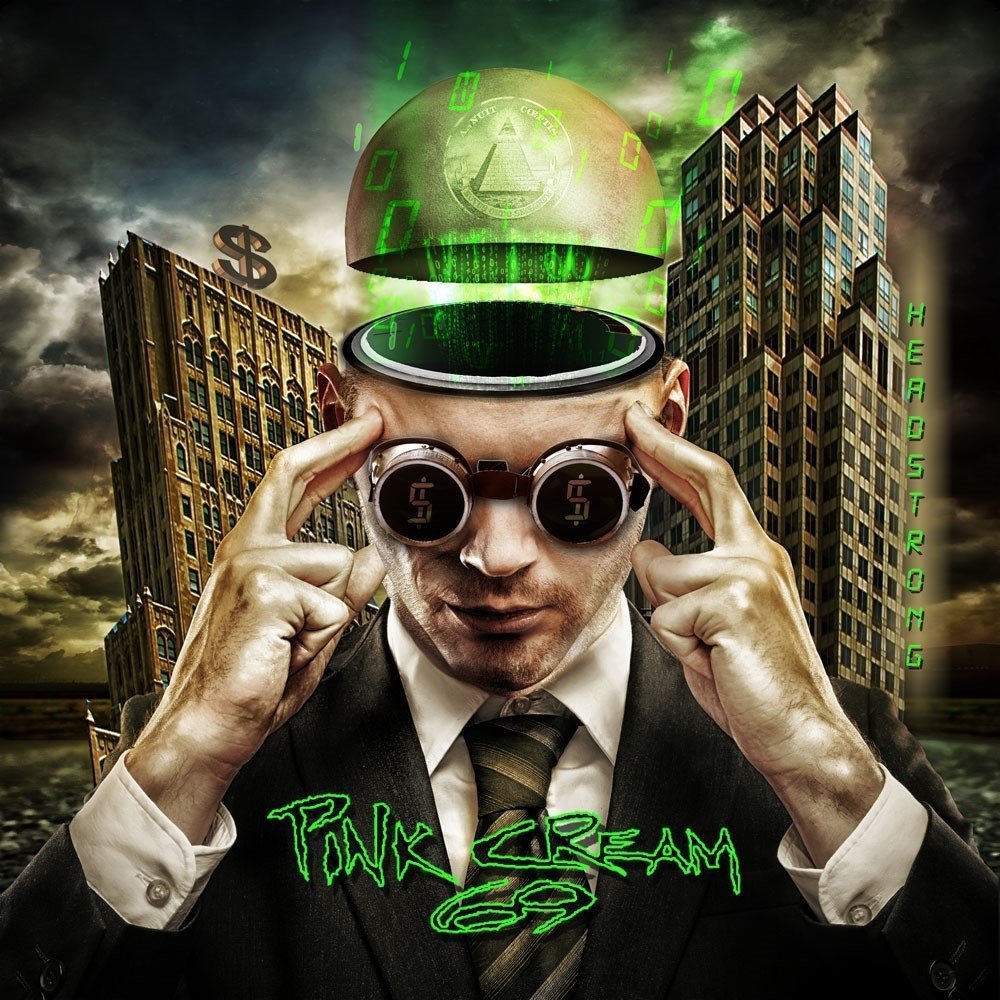 Times are busy for singer David Readman. Not only has he his own band David Readman Band in The Netherlands where he resides, he is also involved with Almanac whose second album ‘Kingslayer’ will appear later this year, there is also a new CD coming out with the formation Pendulum Of Fortune (should just be out now) and the band that he has served the longest Pink Cream 69 has released its latest piece of art called ‘Headstrong’. The singer was also involved with the band Voodoo Circle for a number of years. Readman has been quite a while with Pink Cream 69 that still has two members left of the original line-up that started out in 1987 (guitarist Alfred Koffler and bassist/producer Dennis Ward) and further consists of second guitarist Uwe Reitenauer and skin beater Chris Schmidt. This release has new studio recordings and an extra CD with live recordings made in 2013 in Ludwigsburg, Germany when the band was promoting their 2013 release ‘Ceremonial’. And all of that for the price of just a single CD, so that is a nice bonus especially because the live recordings are smoking hot! Pink Cream 69 sounds great on that bonus CD with songs that go back a few years in the bands history. The band has this extra weapon in the figure of Dennis Ward, who is a bit more than just the reserve goalpost of the band (that is often how the position of a bassist is referred to). Dennis Ward has developed himself into an excellent singer as well (listen to several Khymera albums, a project that is being led by Dennis) and he is a top producer now who has done a lot of work for Frontiers Records and a band like Unisonic where he also plays in. That is why it shall not come as a surprise that ‘Headstrong’ has a first class sound and production and that also goes for the live recordings. I remember seeing Pink Cream 69 once live in a small club in Heesch, The Netherlands, in their early days with current Helloween singer Andi Deris, Ward, Koffler and drummer Kosta Zafiriou. Pink Cream 69 in that time was clearly inspired by a group like Van Halen but through the years they have moved away from that. In 2017 Pink Cream 69 is a powerful melodic hard rock band with a singer that is very versatile, a rhythm section that is very tight and two brilliant guitarists. These five guys have reached a high level on ‘Headstrong’. Robust rockers like ,,We Bow To None’’, ,,Walls Come Down’’, ,,Bloodsucker’’ and ,,No More Fear’’ are all tracks that will kick your ass while ,,Vagrant Of The Night’’ and ,,The Other Man’’ show a more melodic and softer side of Pink Cream 69. Quality on all fronts is what ‘Headstrong’ has on offer for you! Make sure you do not miss out!