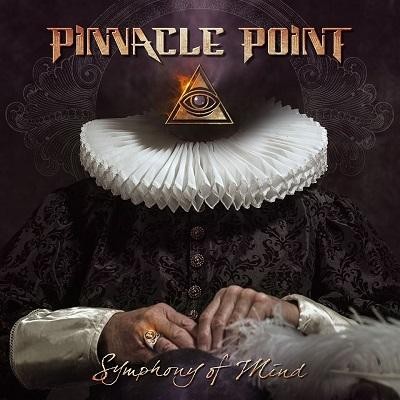 Some three years ago guitarist Torben Enevoldsen and singer/keyboardist Jerome Mazza under the banner Pinnacle Point released a very tasty album entitled ‘Winds Of Change’. A stunner where the influences of especially Kansas could not and were not denied. Mazza later contributed vocal assistance on the Steve Walsh (the man that had closed his Kansas chapter) album ‘Black Butterfly’ and English label Escape Music signed him up for a strong in 2018 recorded and released solo-album ‘Outlaw Son’. Enevoldsen worked in the meantime on his own record ‘5.1’ that was released in 2019. For the second Pinnacle Point album Mazza, Enevoldsen and composer/guitarist Rich Ayala had a clear vision and especially the recruiting of the guest musicians proved to be a not so easy task. For the violin parts they finally settled on female violin player Valeria Pozharitskay from Belarus after auditioning more than three handful of other violin players. The input of Valeria is by the way essential for the greatness of this album! Zon keyboardist Howard Helm got involved and also contributed song material (the instrumental opener ,,Ascent To The Point’’) as did Swedish maestro Tommy Denander (,,So Alive’’). One of the best progressive rock drummers Mark Prator came in as did pianist John F. Rodgers and the Japanese bass player Takeaki Itoh. Basically nothing has been left to chance. Working from the Morrisound studio Jerome Mazza has delivered in cooperation with Jim and Tom Morris helping out on production/mixing/mastering matters (Jim also as guitarist present on the hard edged track ,,Nothing At All’’) plus of course Torben Enevoldsen his and Torben’s personal ‘pinnacle point’. I wrote not so long ago that it would be hard or nearly impossible for any progressive rock band to beat Kansas latest release ‘The Absence Of Presence’ but I also wrote that if one band would be able to do it, it would be Pinnacle Point. In my humble opinion they have managed to do so with a perfect mix of progressive, melodic, (some) AOR (,,Never Surrender’’) and heavy rock providing high octane vocals by Jerome Maza, dazzling compositions and arrangements and superb musicianship by all players involved. Sure, ‘Symphony Of Mind’ has in tracks like ,,Shadows Of Peace’’ and ,,Prodigal’’ songs that refer to Kansas and Deep Purple in particular. Some songs like the title track are of epic proportions, some songs like ,,Weight Of The World’’ and the already mentioned ,,Nothing At All’’ add pure hard rock elements to the mix while in ,,Hero’’ with its opening violin piece acoustic guitars blend in gracefully with keys and piano. Add to all that a superb production where all instruments sound as clear as daylight and a singer that has been sent from heaven above and it is clear to me: ‘Symphony Of Mind’ is the pinnacle point in the careers of Jerome Mazza and Torben Enevoldsen so far. There is so much happening and so much to enjoy. This is a record that is a must in the collection of everyone who has any kind of feeling for rock music in general and progressive rock in particular!