POVERTY’S NO CRIME-A Secret To Hide 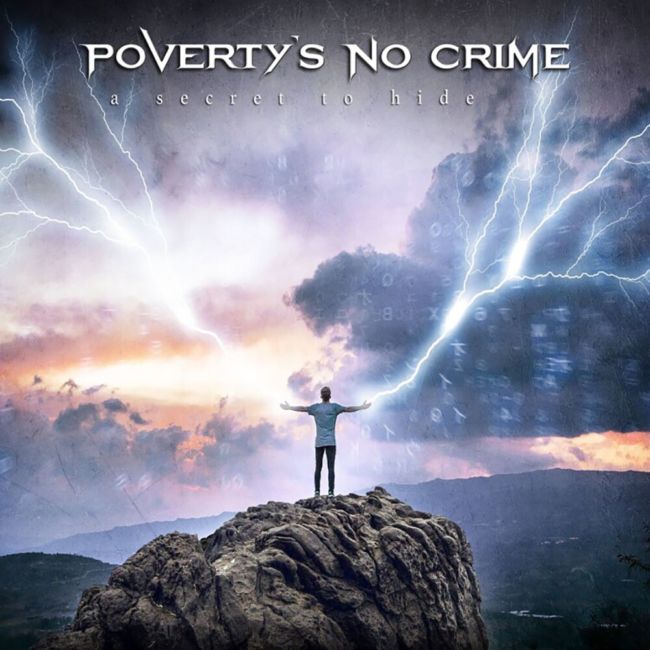 POVERTY’S NO CRIME-A Secret To Hide

The German prog metal band Poverty’s No Crime – always admired their original band name by the way – was founded way back in 1991 and they released their debut album ‘Symbiosis’ in 1995. I had the pleasure and honour to review a couple of their, in my humble opinion, very underrated albums and now just in time for the band’s 30th anniversary their eight album ‘A Secret To Hide’ sees the light of day. I really loved their previous album ‘Spiral Of Fear’ (2016) and finally after a five-year hiatus a new Poverty’s No Crime album can be enjoyed.

‘A Secret To Hide’ contains eight tracks of which all of them clock between the six- and eleven-minute mark and I have to say that thirty years of musical experience indeed shows on this amazing album. The opening song ,,Supernatural” I would rather call spectacular as it is filled with awesome guitar melodies and extraordinary percussion/drums; it also features some recognisable Dream Theater characteristics and some hard rock elements from the eighties and nineties. Follow up ,,Hollow Phrases” even slightly reminds me of my all-time favourite band Rush, while it also has some IQ references. ,,The Great Escape” I would call a pure metal song with flashes from Symphony X and Royal Hunt. As lots of bands do, Povery’s No Crime saves the best for last, being: ,,In The Shade”, this track, also the longest of the album, is rather dark, atmospheric and reminds me of old stuff from Porcupine Tree.

Poverty’s No Crime has everything a great prog metal band needs, but their only “problem” is that they kind of miss a “real” sound of their own as they “use” a lot of influences from well-known musically related bands; especially Dream Theater…. Still, who am I to judge? ‘A Secret To Hide’ is a great album and their music is original and an awesome listening experience. A must for lovers of melodic prog metal music and Dream Theater fans; check it out, you will not be disappointed!!!