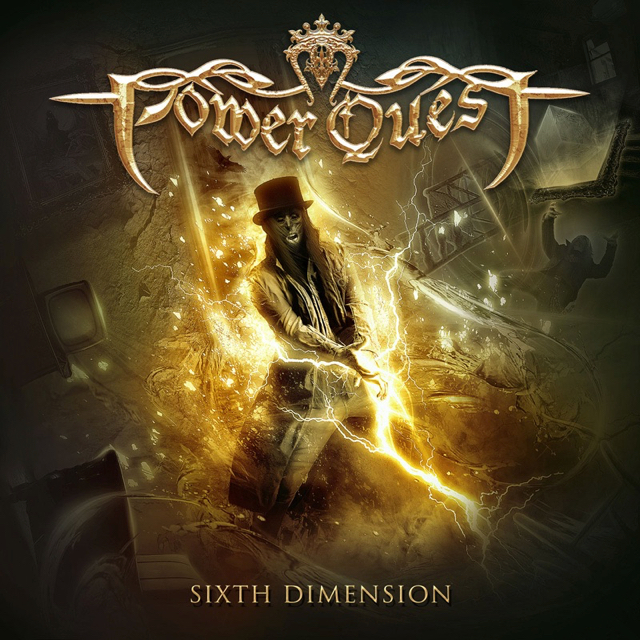 After five albums Power Quest (originally hailing from Southampton, England) decided to break up in 2013. In 2016 founding member Steve Williams (keyboards) resurrected the band with bassist Paul Finnie and drummer Rich Smith. The guitarists Andy Kopczyck and Glynn Williams joined as well and singer Ashley Edison was recruited as the new voice. On their new opus the style of Power Quest has not changed very much. The band is producing yet again a fierce mix between neo-classical power metal, melodic hard rock with a touch of symphonic rock and progressive arrangements. The playing of Steve Williams reminds me a lot of that of Royal Hunt’s Andre Andersen while singer Edison with his big reach comes close to DC Cooper. Therefore you can conclude that the music of Power Quest may not be very original but you cannot ignore the sheer power that is standard for this record. Some songs have really crushing riffs steering a classy song like ,,Face The Raven’’ direction classic metal. Most songs are quite long as well, as the band has a lot to express after a three year hiatus and six years after the last CD ‘Blood Alliance’. To be fair, I really don’t mind this CD at all. Okay, after a while you have the impression that the songs more or less all sound the same with their speed and power style being the main weapon of the band, but the playing is really good as is the total sound. It is like being in a roller coaster where you are being thrown in all directions and you just have to hold on and stick it out. I am not surprised that the last song of the CD, the title track, is the absolute winner and highlight of this CD. This almost nine minute monster shows a lot of different and more melodic elements, has a nice female guest role on vocals by Annette Olzon (former Nightwish) and was co-written by Threshold’s Richard West together with Steve Williams. If the CD would have had one or two tracks more like this one ‘Sixth Dimension’ would have been a fierce opponent for Threshold’s latest master piece ‘Legends Of The Shires’. Now it has to take a bow to that CD but there is really no shame in that as ‘Sixth Dimension’ has enough stamina and strength to stand on its own two feet.