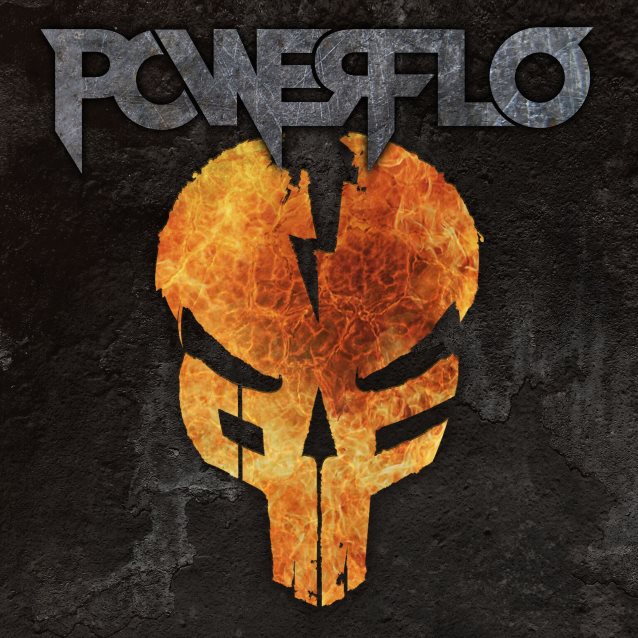 Somehow, we all had this before. Rap-Metal/Crossover was extremely popular in the nineties. It seems to me that the aggressive sound and messages through rap is coming back, also due to the fact that it is time to raise your fist and fight back the politics and the establishment. Body Count just released a masterpiece of an album and the remains of Rage Against The Machine are protesting the world with Prophets Of Rage. So it comes as no surprise that others try their luck as well.
Powerflo is not just another band though, it consists of Cypress Hill’s Sen Dog, Biohazard‘s Billy Graziadel, former Fear Factory bassist Christian Olde Wolbers, former Downset riff machine Roy Lozano and Fernando Schaefer of Worst.
It‘s not a coincidence that these band members found their way together to finally record an album. Biohazard and Cypress Hill know each other from way back, being part of the `Judgement Night’ soundtrack and Lozano and Olde Wolbers were part of Cypress Hill‘s Rock Superstar collaboration. So it was a question of time, a very long time, and the perfect circumstances that Powerflo and this debut `Powerflo’ got to see the light of day. `Powerflo’ is not only for the veterans of the nineties but for everyone who wants to stand up and make a difference to this world.