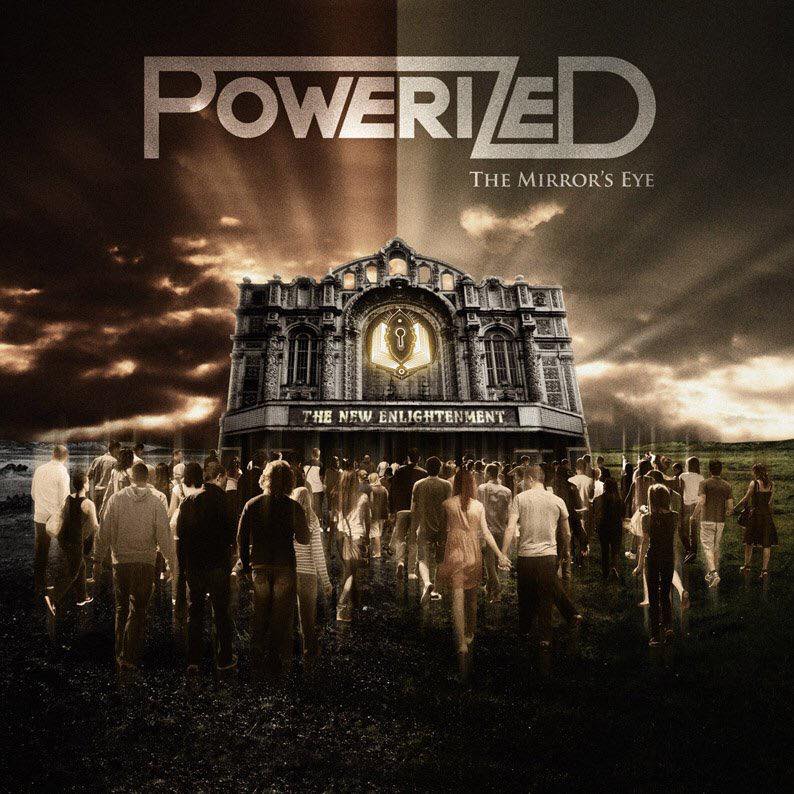 Powerized is the brainchild of singer Nick Holleman and his bandmates Bart van Unen (bass), Joris van Rooy (guitar), Sean Brandenburg (drums) and lead guitarist Bart Geisen. The group is based in Breda in The Netherlands and have been active for about five years. While working on their massive sounding first full CD Holleman found the time to sing for the American metal band Vicious Rumors but now it is time for him to concentrate on his own baby. In the past Powerized already released a single and an EP but ‘The Mirror’s Eye’ is the product that should put Powerized on the metal map in Europe and maybe even in the rest of the world. In all aspects ‘The Mirror’s Eye’ is a CD that has taken some time in preparation and execution. It would be far too easy and not fair towards the band to describe their music as simply power metal. It is a lot more than that. To give you an indication: take the best progressive ingredients of Fates Warning and the bombastic elements of Avantasia and you will have some sort of an idea how Powerized sounds. Big orchestral arrangements go hand in hand with fast and furious metal but the songs also have an enormous amount of variety with lots of room for melancholic quiet passages adding melody and even more taste to the music. Sure, the bulk of the album is fast and furious where the high pitched voice of Holleman comes to full exploitation. This guy has a big range and uses it to its fullest. The songs are quite complicated as well, full of twists and turns taking the listener on a trip with thought full lyrics, big background choirs and pulsating rhythms performed by musicians extraordinaire. The CD features further great guitars, playful arrangements, power drums and bass and the soaring vocals of Nick Holleman. Also striking is the length of the songs, sometimes clocking ten, eleven, twelve minutes without even a moment of boredom. It is action all the way, captivating, accessible, melodic yet heavy as can be. Truly a trip through a maze of different moods and feelings, a musical adventure that is quite uncommon for a Dutch band. Okay, we are used to Ayreon, Kayak and Antoine’s Legacy who are capable of creating great CD’s where as listener you just are able to escape from reality for an hour or so but those bands/projects are not as heavy as Powerized who added a big metal element and some visual aspects to the mix (look at their clip ,,For The Fallen’’ and you will catch my drift). Excellent work again from Dutch soil.