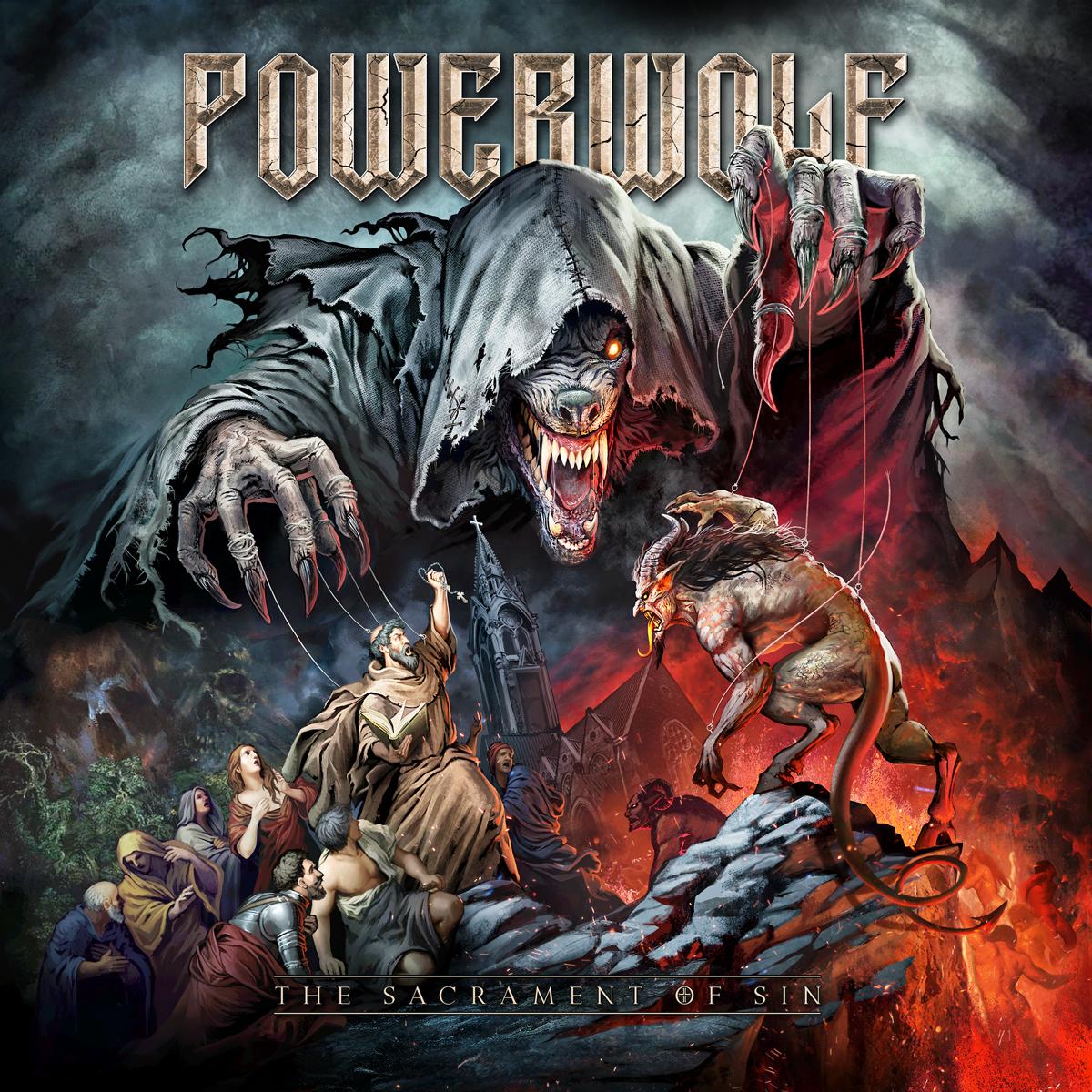 This in Saarbrucken, Germany based band with a Romanian singer and a Dutch drummer has been around for some 15 years now. In our interview section you can find an interview Lilo did with keyboard player Falm Maria Schlegel in which he talks about the seventh studio album of Powerwolf, the involvement of Ayreon’s second in command Joost van den Broek on the orchestration of the album and the role that their producer Jens Bogren (Amon Amarth/Opeth) has played in the development of ‘The Sacrament of Sin’. Fact is that some new elements have entered the power metal sound that Powerwolf has been known for. The group has always put some attention towards their image and looks but it never came in front of the music. New elements? Well, ,,Where The Wild Wolves Have Gone’’ is a quite impressive sounding ballad that has not ever been heard before by Powerwolf. There are some different instruments used. Of course the emphasis is on the style that has brought the band quite some fans. The bulk of the songs are pure power metal rockers on which Powerwolf can’t hide some symphonic sounds going hand in hand with a bombastic approach/orchestration. The band does not like to be called a symphonic metal band which they are not of course but the influences are just there. ,,Stossgebet’’ for instance is a song that combines symphonic rock with metal with a undeniable and heavy beat and strong lyrical connections to religion and the church (a topic that is quite popular with the band). And it is bloody good I must say complete with German lyrics. All in all ‘The Sacrament Of Sin’ shows a Powerwolf unit that is slowly trying to progress their style and sound. The changes are subtle and surely not big enough to put the noses of their old fans out of joint. There are still plenty of typical Powerwolf anthems and antics there to please the fans. It seems that this record will be released in various formats by Napalm Records, which just proves how important this group has become in the European scene. I would like to advise you to read the interview in this web magazine to find out which format appeals to you (link here).