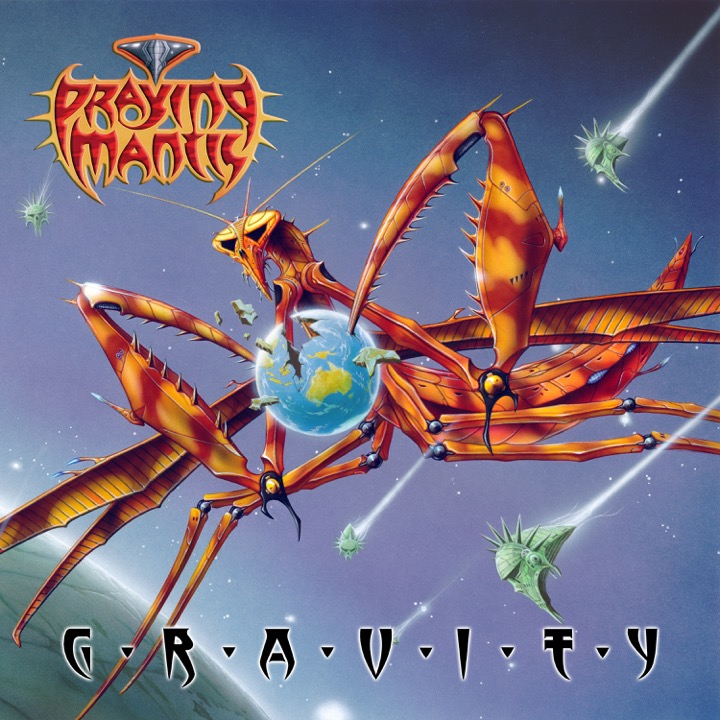 Tino Troy (guitar) and Chris Troy (bass) started Praying Mantis in the first half of the seventies and are still going. Praying Mantis got caught up in the New Wave Of British Heavy Metal movement in 1980-1981 but when their first album ‘Time Tells No Lies’ came out the group sounded very different from the other groups in that movement. With melodic twin guitars and crafted harmony vocals the Troy brothers were a fresh breath of air together with Trespass. They never tasted the big time status like for instance Iron Maiden, Def Leppard or Saxon but Tino and Chris kept believing in their band. ‘Gravity’ is the 11th album of the band and recorded in the same line up as ‘Legacy’ from 2015. Some years ago the band recruited Dutch drummer Hans In ‘t Zandt and Dutch power vocalist John Jaycee Cuijpers. John recently was for me the star attraction on the Ayreon live release ‘Universe’, sounding so impressive and strong. In The Netherlands the singer has built up a reputation by singing in a Dio tribute band and Ayreon of course. He fits in pretty well with the music from Praying Mantis proving how versatile his performances can be, from AOR, melodic rock to more aggressive stuff, Cuijpers can deliver it all as he proves on ‘Gravity’ (listen to the difference in his voice and approach on the track ,,Final Destination’’ and the ballad ,,Foreign Affair’’). This CD shows that Praying Mantis is still a force to be reckoned with. The songs are good, have a lot of melody, variety, spicy guitar work (including some harmony parts) subtle keyboards and as usual for this group the harmony vocals come up trumps. During all these years the style of Praying Mantis has not changed very much at all as the eleven songs on ‘Gravity’ show. Obviously production wise and song wise ‘Gravity’ beats its older brother on those points but it goes to show that if you stay true to yourself you can have a long career in this business. You might not become filthy stinking rich perhaps but the Troy brothers, guitarist Andy Burgess and the dynamic Dutch duo deserve a lot of credit for this flawless melodic rock CD.