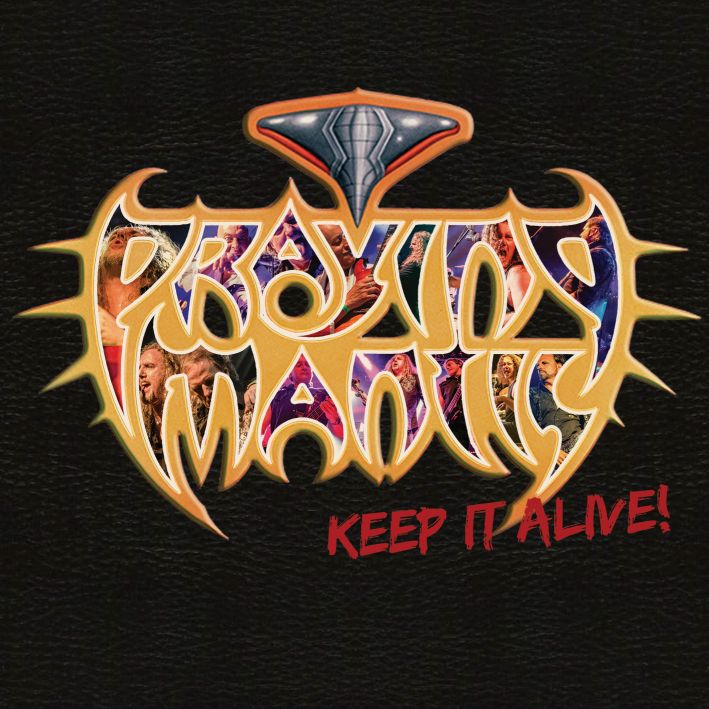 Frontiers and Praying Mantis have been sitting a while on these recordings and images. The band performed in Milan, Italy on April 28, 2018 on a festival organised by the record company where they have the chance in a relatively cheap way recording and filming the performances of their acts and releasing them later. In the case of Praying Mantis it was a matter of (much) later as at the time of the show their latest studio record ‘Gravity’ was about to be released and it does not make much sense to release a live CD/DVD before the studio record, does it? Anyway, about twenty months later also Praying Mantis’ CD/DVD is out there for sale. It is actually amazing that guitarist Tino and bass player Chris Troy have kept believing in their band. There were many hick ups, numerous line-up changes and even a period of inactivity but since about ten years or so the Troy brothers are at it again now with second guitarist Andy Burgess and the Dutch dynamic duo Hans In T’ Zandt (drums) and singer extraordinaire John ‘Jaycee’ Cuijpers, a vocalist who can basically sing all genres of rock and metal. Hans and John have really given Praying Mantis a new lease on life on the latest albums ‘Legacy’ (2015) and ‘Gravity’ (2018). This show is just excellent, Tino Troy and Andy Burgess are a dynamic guitar duo, melody is the trademark of the band since that epic debut in 1981 ‘Time Tells No Lies’, Hans In T’ Zandt and Chris Troy are as solid as the banks of The Netherlands and England combined (who needs a Brexit?) and John ‘Jaycee’ Cuijpers is the ceremony master who keeps things going on stage, entertaining and keeping the audience involved and (more important) singing strong and with conviction. A real stage personality indeed. The set list is extremely varied starting off with the golden oldies ,,Captured City’’ (from the ‘Metal For Muthas’ LP/CD, an album that started the NWOBHM ) and ,,Panic In The Streets’’ (from that first iconic album) and continuing with stuff from the albums ‘Sanctuary’, ‘Legacy’ and off course ‘Gravity’ before ending the set with another golden oldie ,,Children Of The Earth’’. Immaculate songs, great performance all around (including some stunning harmony vocals by the band), a trip through memory lane at times and up to date material as well, what more reasons do you need to add ‘Keep It Alive!’ to your collection?