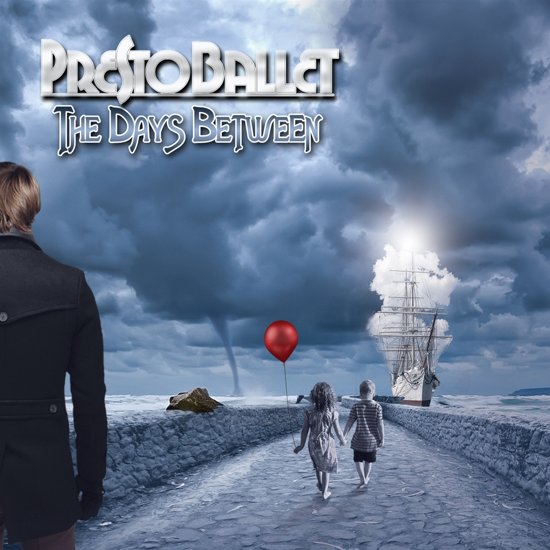 About the same time as Metal Church Presto Ballet releases a new album as well. For people that are not aware: Metal Church guitarist and main man Kurdt Vanderhoof not only loves to play metal, he also has a very soft spot for old school progressive rock, so in 2005 he started Presto Ballet. If you include the 2011 EP ‘Love What You’ve Done To The Place’ ‘The Days Between’ is the sixth release in the history of Presto Ballet. The last record ‘Relic Of The Modern World’ came out in 2012 and almost the same line-up from then is also present on this CD. Only drummer Charlie Lorme has been added to the group. That stability is important for in the past Kurdt had problems keeping the singers on board. Current vocalist Chuck Campbell has been around for some time now. It is clear that Presto Ballet is important to Kurdt but it is not his absolute priority that is Metal Church. Prog rock fans should already be familiar with Presto Ballet. If you are not I would advise to dive into the history of Presto Ballet as all the records are really good. If you are into the old Rush, Yes, Kansas etcetera you should really investigate the past records of this band. Presto Ballet is an adventurous band, also on ‘The Days Between’ that still has these ‘old fashioned’ prog rock influences but in general has a more modern approach and sound. You get something like the best of both worlds with this CD. It has this nostalgic moments, still it fits in nicely in the current prog rock scene. Vanderhoof has managed to make these small changes without disturbing the character and profile of the band ,,(The Man With The Plastic Face’’ is a track that really combines ‘old’ and more modern prog rock). Only ,,Earthbound’’ is a bit shorter than normal but as usual there is an exorbitant track that clocks over ten minutes (,,I Am Wire’’) though the bulk of the songs are between five and eight minutes. In the past Kurdt would include songs lasting between fifteen and twenty minutes, this time that is not really the case. The musicianship and sound is as always quite exquisite. It all sounds as clear as the deep blue sea giving Chuck Campbell the chance to showcase his excellent voice and the choirs are pitch perfect. That also goes for the arrangements, making sure that everything gets not too complicated. So at the end of the day, if you are familiar with Presto Ballet you know that this album will not disappoint. It is music for the ‘happy few’ I guess but hopefully for the group now that they found a decent record company with Rat Pak (several releases were on very small labels and independently released) it might bring them a bit further.