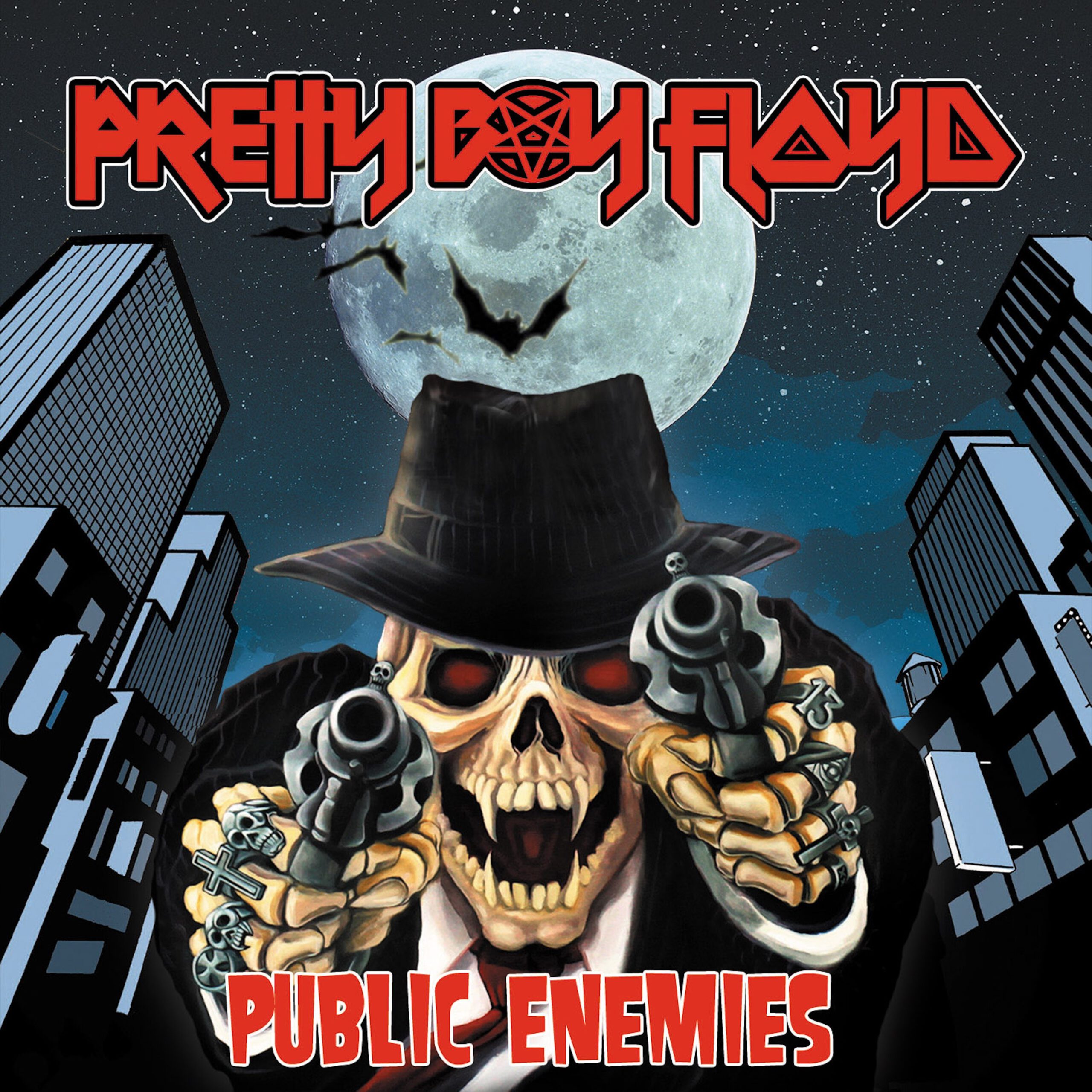 Every now and then Frontiers releases some genuine sleaze rock. This genre had its heyday in the eighties with bands like Warrant, Poison, Trixter, Faster Pussycat and also Pretty Boy Floyd from Los Angeles were part of that scene releasing ‘Leather Boyz With Electric Toyz’ in 1989 on MCA Records. The band broke up a few times, reunited, had line-up changes, you know, the usual story. They have recorded, inclusive a Kiss tribute CD, four albums over the years and have been together again the last years. ‘Public Enemies’ comes 13 years after the record ‘Size Really Does Matter’. In the gangster era in the 1930’s there was a bank robber/gun man called Charles Floyd whose nick name was ‘Pretty Boy’ and once public enemy number one in America. This band is named after that hoodlum. After listening several times to ‘Public Enemies’ I do not really understand why Frontiers is so keen to release this stuff. The songs are simple, naïve, predictable and the lyrics about young girls are being sung by guys that are probably in their fifties and apparently still chasing pussy and/or have naughty and wet dreams. There must be an audience for it I guess. If you are a fan of the genre have a listen but to me this stuff is outdated and belongs in the graveyard. If this CD would have been as good as the last Warrant CD, there would have been some justification for releasing it, but believe me, Pretty Boyd Floyd are not that good.