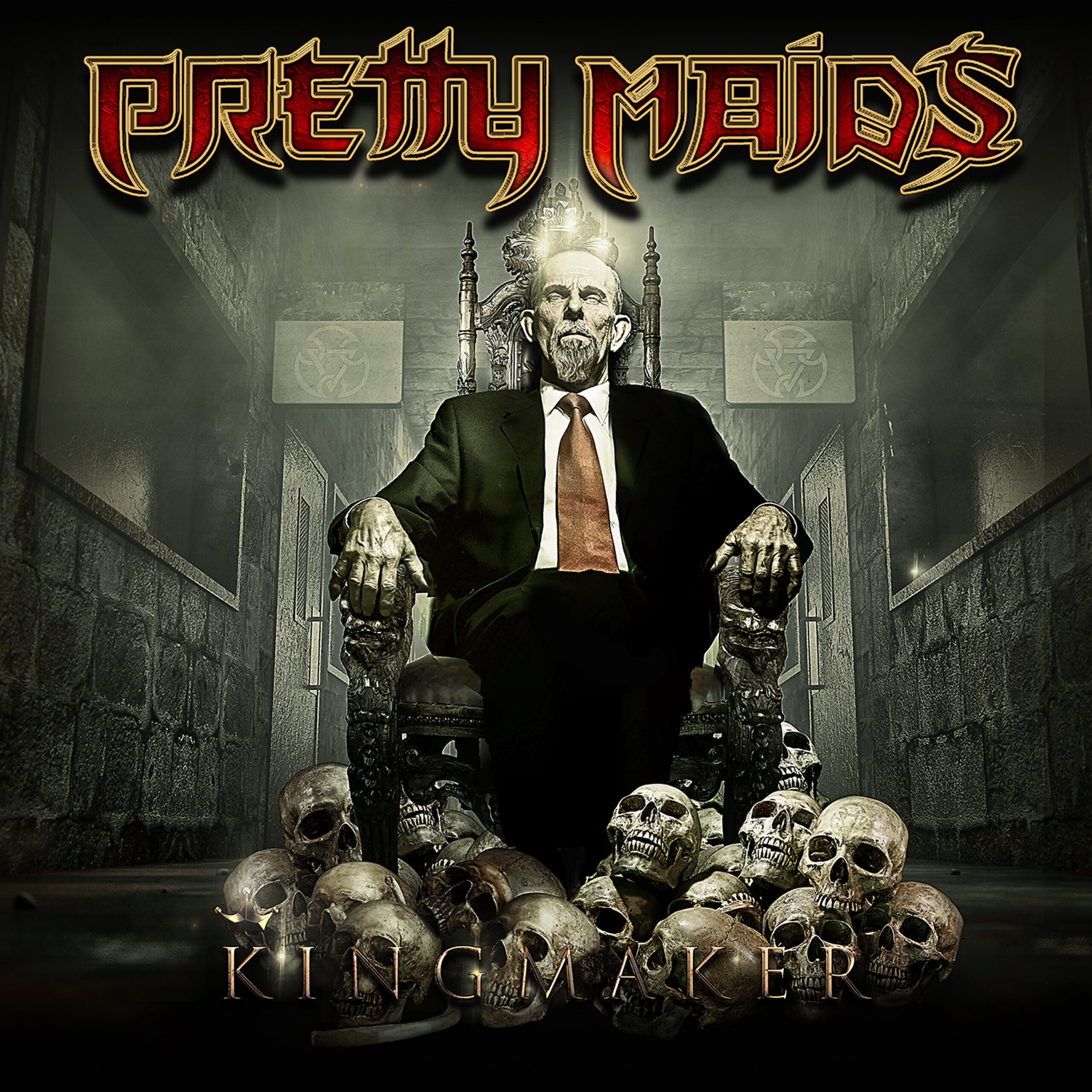 I remember seeing Pretty Maids opening for Saxon in 1985 on the `Innocence Is No Excuse’ tour. The Danish band made a smashing impression and won me over on the spot. 31 years later I’m still digging their music even though I missed an occasional album during their long spanning career. What marks the band is the tremendous drive and the fine line between melodic rock and heavy metal that they tend to cross on every album. ,,Kingmaker’’ again is a strike. Opening with Gregorian chanting you expect another gothic metal act, but when the band explodes into ,,When God Took A Day Off’’ everything is set straight from that moment on. All ingredients are present to make it another joyride through the melodic rock and metal landscape the band around Ronnie Atkins and Ken Hammer explored and claimed as Pretty Maids territory since. Blistering guitars and ponderous ploughing drums pull the album forward with panache. Atkins’ powerful vocal chords don’t seem to age at all, leading his band into the fist pumper ,,Kingmaker’’, an instant classic. The opening is full frontal and in the best PM tradition it’s time for a collection of melodic extravaganza like the ear mingling ,,Face The World’’, the steam train ,,Bulls Eye’’ and the slick ,,Heavens Little Devil’’. ,,Humanize Me’’ and the uncompromising powerhouse ,,King Of The Here And Now’’ grab you by the balls, as where ,,Civilized Monsters’’ shows the bands keen ear for modern streams in metal. Mega melodic choruses that are lager than life, driven and industrial tinged refrain reveal the band still being rooted in the present without discarding the band’s elusive past. Same goes for the anger laden stomping ,,Was That What You Wanted’’. The mandatory ballad is also present and has always been one of the focal points on every Pretty Maids records. ,,Last Beauty On Earth’’ again is of unmatched beauty; slick and ear mingling melodies, powerful underlined by pompous drums and guitars, topped off by subtly embedded (un credited) keyboards. The iTunes version also features extended versions of the title track and ,,Humanize Me’’. Pretty Maids has always been somewhat stubborn and largely overlooked in the scene, even though the Danish rockers always deliver extreme quality. The fact that their music is rooted in melodic rock as well as in heavy metal might be the problem, but on the other hand it’s the real charm of the band. Pretty Maids deliver the goods, loud and powerful… with finesse.