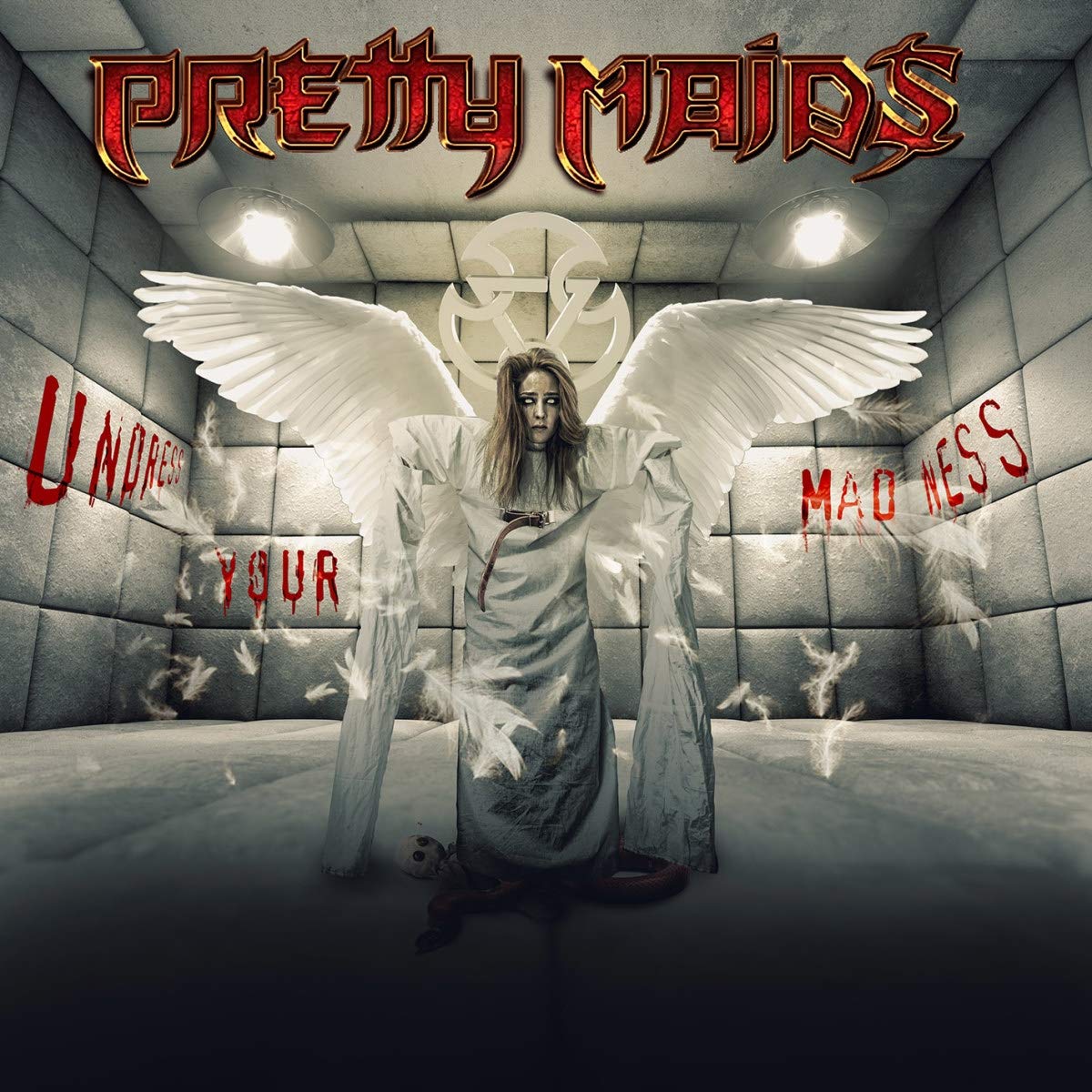 Three years gone past since the band unleashed their critically acclaimed and highly successful ‘Kingmaker’ upon their fans and critics. An album that unexpectedly warped them back to the top ranks of rock and the band’s revitalized sound was praised and hailed worldwide. An extensive sold out worldtour followed matching their status. With a highly successful album behind their belts the band was set to record a new chapter. With the album finished and mixed, on the verge of actual release date, tragedy struck. Vocalist and founding member Ronnie Atkins released a press statement of him being diagnosed with lung cancer.  Though he already underwent surgery and his prospects being hopeful, he has to withdraw from Pretty Maids for an indefinite time.

It is odd how life twists and changes ones present. Especially tragic how cancer-terror got a hold on many loved ones and my beloved genre lately. But as much as I hate to settle with it, I like the spirit of those battling the disease. Though his diagnose followed the recording and production of ‘Undress Your Madness’, the album’s opening enrols in uplifting spirit. Contrasting from the barnstorming glorious opening of its predecessor the new album builds more solidly towards that captivating momentum. ,,Serpentine” is highly melodic and double bass kicks push it into gear on the ear mingling chorus. The upward spiral is picked up on the subtle and effective ,,Firesoul Fly”, to unleash power on the album’s title track following. Rene Shades’ throbbing bass urges over Allan Sørensen’s dynamic brisk drum patterns with Ken Hammer’s excellent guitar riffs adding power. He shifts between subtle short picking and ravishing heavy riffage, drawing the outlines of the powerful tune. Atkins is front and centre with his persistent voice adding menace. He roars fiercely and screams his gut out prior to Hammer’s blistering solo. Musically it keeps leaning on the pillars of melodic perfection whilst it borders with progressive. The gear shit is pulled back for the riff dominated ,,Will You Still Kiss Me (If I See You In Heaven)”. Unlike one might expect, it is not a rock ballad and the song flourishes with hook-laden powerful melodies and highly a memorable chorus. It oozes with balladesque grandeur, but packs tremendous power. Chris Laney adds the subtle keyboard swirls and more dominant piano tinkles emphasizing the grandiose melody and pumping the symphonic power the song unloads. It is this depth diversifying the band from many of their genre-mates. Where most tilt over to the slick side of melodic rock, Pretty Maids persists to delve deep into the heavy metal territory fusing pervading heaviness with richness, crafting the carcass of the in-your face rocking tracks on the album. Slicker than ever the opening to ,,Runaway World” has you expecting a new era Europe-revision before the song combusts with adjective riffs. Again the melodies of the track are impeccable and Atkins’ belts a varied top-notch performance when he switches between melodic perfection and his gravelly gritty registers. A savage riff takes us into the heavy and turmoil spitting ,,If You Want Peace (Prepare For War)” which is downward majestic. Keys pump up the bridge and chorus and frequently added industrial elements align with the cinematic power of the towering track. Double bass salvos fire it towards the end to make it go out with a bang. ,,Slavedriver” follows that same pattern and perfectly fits the tendencies of the previous track. For ,,Shadowlands” Pretty Maids takes a turn in the melodic direction with an irresistible melody and larger than life chorus. The persistent riff runs like a buzz saw underneath, in typical Hammer-style amalgamating with rock solid rhythm.

Hammer spits flames on the opening of ,,Black Thunder”. Pitching his guitar over a signature riff he shoots the song into the stratosphere with Atkins belting out his most powerful vocal performance. The album is brought to an end in contradicting style with the Beatles reminiscent ,,Strength Of A Rose”. Psychedelic guitars and keyboard interaction during the refrain build towards an intriguing melodic chorus with intense symphonic power. Atkins injects the song with charisma prepending the hypnotic psyche to conjure with the musical arrangement, blasting into melodic perfection with the towering melodies. Ken’s solo is the perfect symbiosis of melody and taste as it pitches in the high register with whelming licks.

The collision of their early days metal with ‘Jump the Gun’ pop edged melodics crystalized over the coarse of their 4 decades running career creating a better-than-ever revived Pretty Maids. ‘Kingmaker’ already settled the score of the long spanning career, and this ‘Undress Your Madness’ is the perfect follow up. Originality comes with their stubborn and benchmark Pretty Maids approach to rock and metal. The symbiosis of all elements at hand moulded into pristine form. The band has come a long way and never let down. ‘Undress Your Madness’ is head nodding and fist pumping perfect.