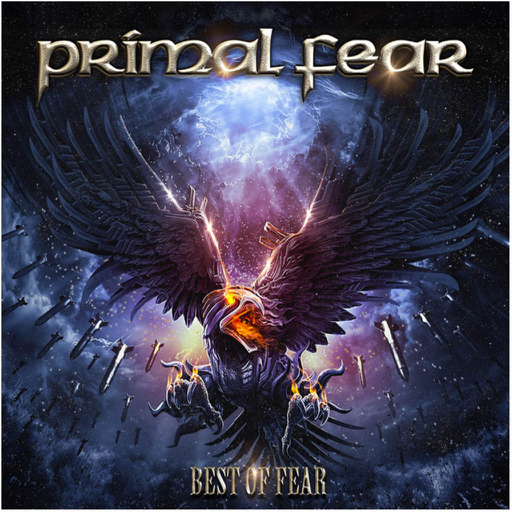 November 8, 2017 by Michel van de Moosdijk - More about our team

After pounding the world for another decade with their relentless heavy metal (with another handful of CD’s and DVD’s) the German outfit Primal Fear looked at their achievements and decided it was time to release a 2-CD compilation with the best tracks of their latest studio releases. For me these kind of products only have value if they carry new material or perhaps tracks that might have been included as bonus tracks on releases in Japan (with is the case with almost all bands that officially release their material over there) and were not featured on the European and/or American releases. In the case of Primal Fear CD 1 opens with four new tracks including a version of ,,If Looks Could Kill’’ somewhere around 1985 a huge hit for Heart. Obviously the Primal Fear version is a lot faster and heavier. Also ,,Predator’’ and ,,Thrill Of Speed’’ are new songs, both typical Primal Fear, fast furious with monster guitars and singer Ralf Scheepers belting his heart out. Nice to hear, absolutely, but these tracks sound very familiar while ,,Area 16’’ is just an intro for ,,Predator’’. The rest of the 2-CD contains old songs like ,,Angels Of Mercy’’, ,,Strike’’ and ,,Six Times Dead’’, just to name a few. For people who want to get to know the music of these heavy metal merchants ‘Best Of Fear’ is for sure a good opportunity to receive some healthy lessons in metal. For the diehard fan who already has everything there are just the new tracks to add to the collection.