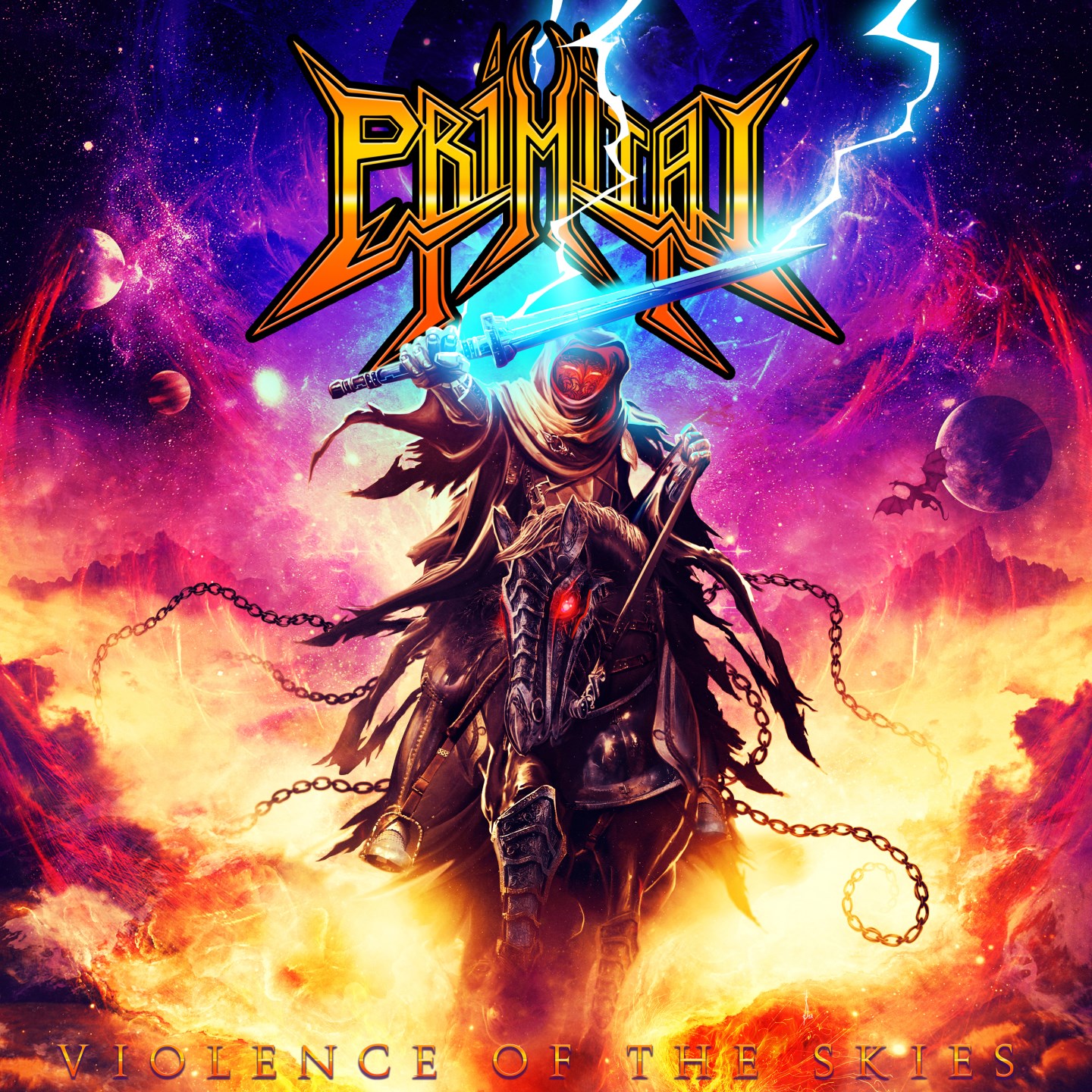 `Violence Of The Skies’ is the sixth release of British heavy metal force Primitai. This is an uprising band and both the band and the record company have high expectations for it.

The record starts with a beautiful and interesting intro that leads to the remaining part of first song ,,Stars Are My Guide”. A good heavy metal song with a small quiet passage in the middle part that is the stepping stone to a Savatage-ish riff after which the solo breaks loose. This song also sets the tone for the rest of the album, which are for the most part mid- and up-tempo heavy metal songs. ,,Valley Of Darkness” yet again starts with a nice intro after which the song slowly builds up to a faster pace with a melodic chorus. On the album there are a few collaborations. Saxon legend Paul Quinn plays the guitar solo on ,,Put To The Sword” and former guitarist Tom Draper guests on the Manowar influenced ,,The Storm Kings”.
To me `Violence Of The Skies’ definitely has its strong moments, however I think that the step to a next level still has to be taken. These guys definitely show musicality but in my opinion it could be a little bit further developed for a next release. Maybe that will be the album where it all comes together, since I notice that there is more to it in terms of the compositions. But I’m sure their fans will not be disappointed and they will certainly embrace `Violence Of The Skies’ which is also well produced.

Highlights to me are the before mentioned opening track ,,Stars Are My Guide”, ,,Valley Of Darkness” and ,,The Storm Kings”.