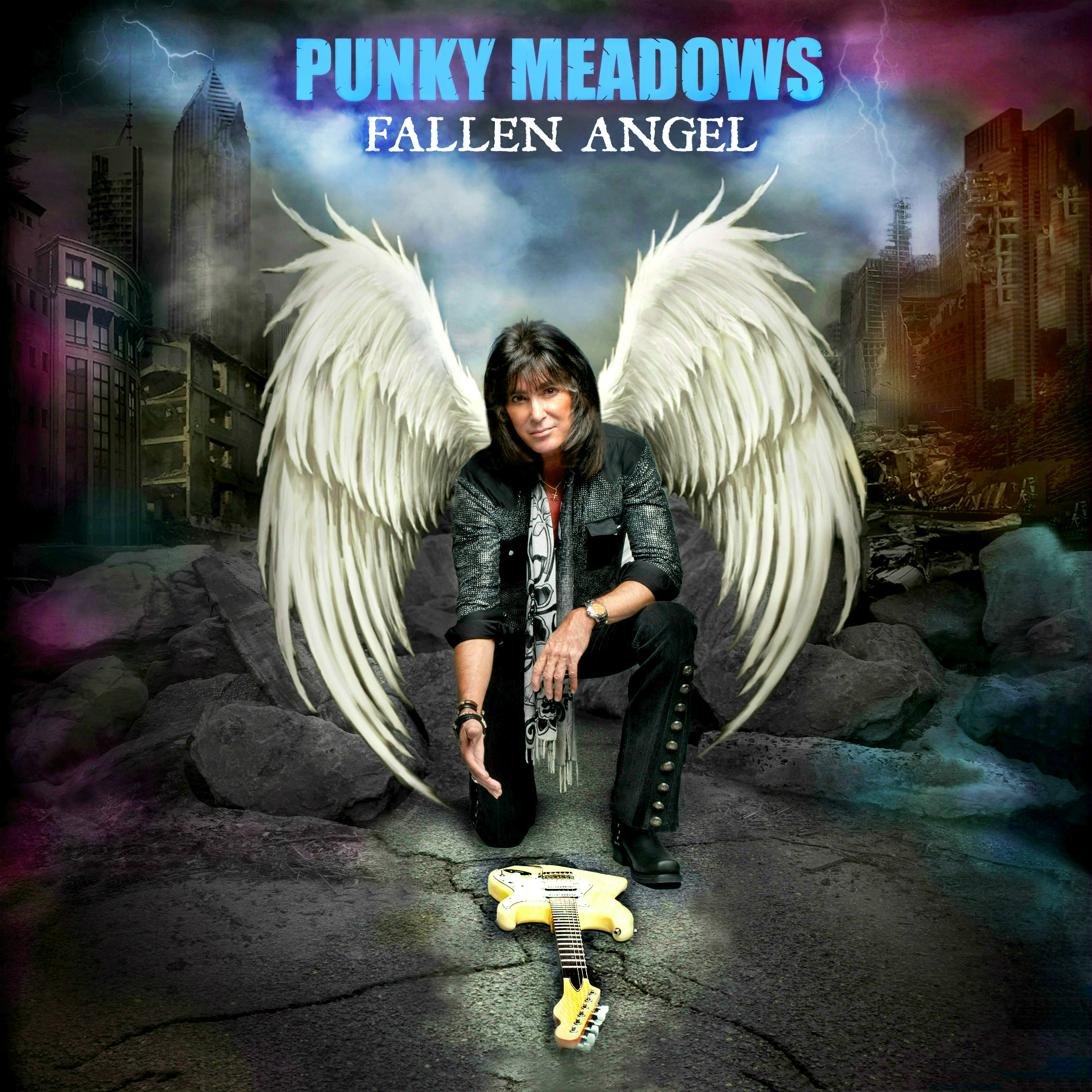 At the age of 66 Punky Meadows still looks like a young rocker. The former Angel guitarist ran a beauty and tanning salon for several years before retiring from work. By the way he looks he must have been the salon’s best customer. Angel operated in the middle of the seventies, were always dressed in white and were one of the first glam/hair bands. But they could play as well. Who doesn’t remember their first album with songs like ,,Long Time” and ,,Tower”? Or that live album ‘Live Without A Net’? Great stuff. Later on band leader Gregg Giuffria started his own band Giuffria and he was also the man behind House Of Lords. Angel singer Frank Dimino released an album on Frontiers last year (reasonable release but far from great) and now it is Meadows who makes a return. The geezer can still play and has come up with fifteen songs that have a clear seventies/eighties sound and approach. The music is a mix between heavy rock, party rock, AOR and hard rock. Meadows has recruited his Angel mate Felix Robinson on bass and has in Chandler Mogel a singer that does a fair job. Like I said there are fifteen tracks on the album and this is a release that could have done with a few tracks less. After an intro that brings a smile to your face (God has sent Punky down to us to entertain us with music) the CD starts strong with the straight forward rocker ,,The Price You Pay’’ and ,,Straight Shooter’’ and the end of the record is strong as well with the instrumental title track, the party rocker ,,Shake Shake’’ (hello Warrant!) and even ,,Shadow Man’’ (in the style of Joan Jett) is okay. But in between there are a couple of cheesy tracks like ,,I Wanna Be Your Drug’’, ,,Searchin’’ and the very predictable ballad  ,,Leavin Tonight’’ (but with a sensitive guitar solo). That is a pity because it spoils the mood a bit. So when we look at the bigger picture we come to the conclusion that ‘Fallen Angel’ is an album with some thrillers but also with too many fillers. Fans of seventies/eighties stuff might want to check this out.