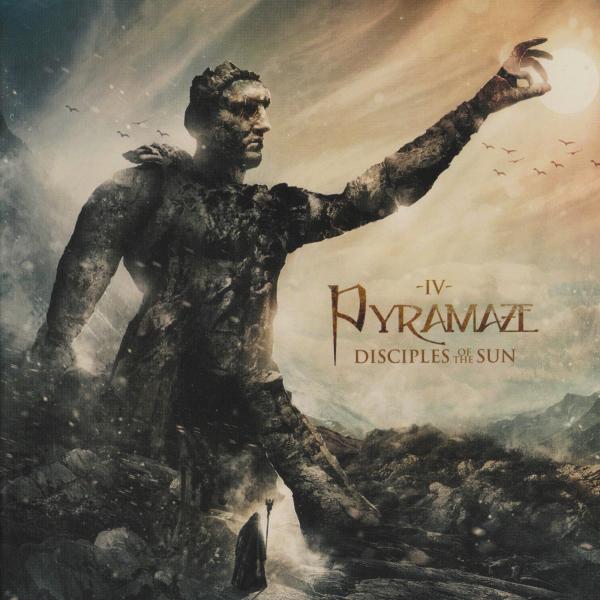 Pyramaze has been around for thirteen years, released officially three albums so far but also has been struggling with different line-ups. Their new cd `Disciples Of The Sun’ proves this band has worked its way into the dark, melodic metal genre very well. New singer Terje Harøy has to compete with former vocalists Matt Barlow (Iced Earth) and Lance King, but I would say, this guy fits like a glove. Terje has power, diversity and a great melodic sense in his voice. Critically acclaimed producer Jacob Hansen did not only wrap `Disciples Of The Sun’ with a good, refreshing sound but he also took care of bass lines and the heavy fuelled guitar riffs to back up his shredding companion, guitarist Toke Skjønnemand. The album features neo-classical influences, a bombastic touch and a progressive edge, keyboard arrangements that even sometimes remind of King Diamond material and above all great energy and nice up-tempo songs. The song ,,Genetic Process’’ even shows a modern touch and hit of the album is the super catchy sounding ,,Back For More’’. `Disciples Of The Sun’ is a very pleasant cd to listen to.