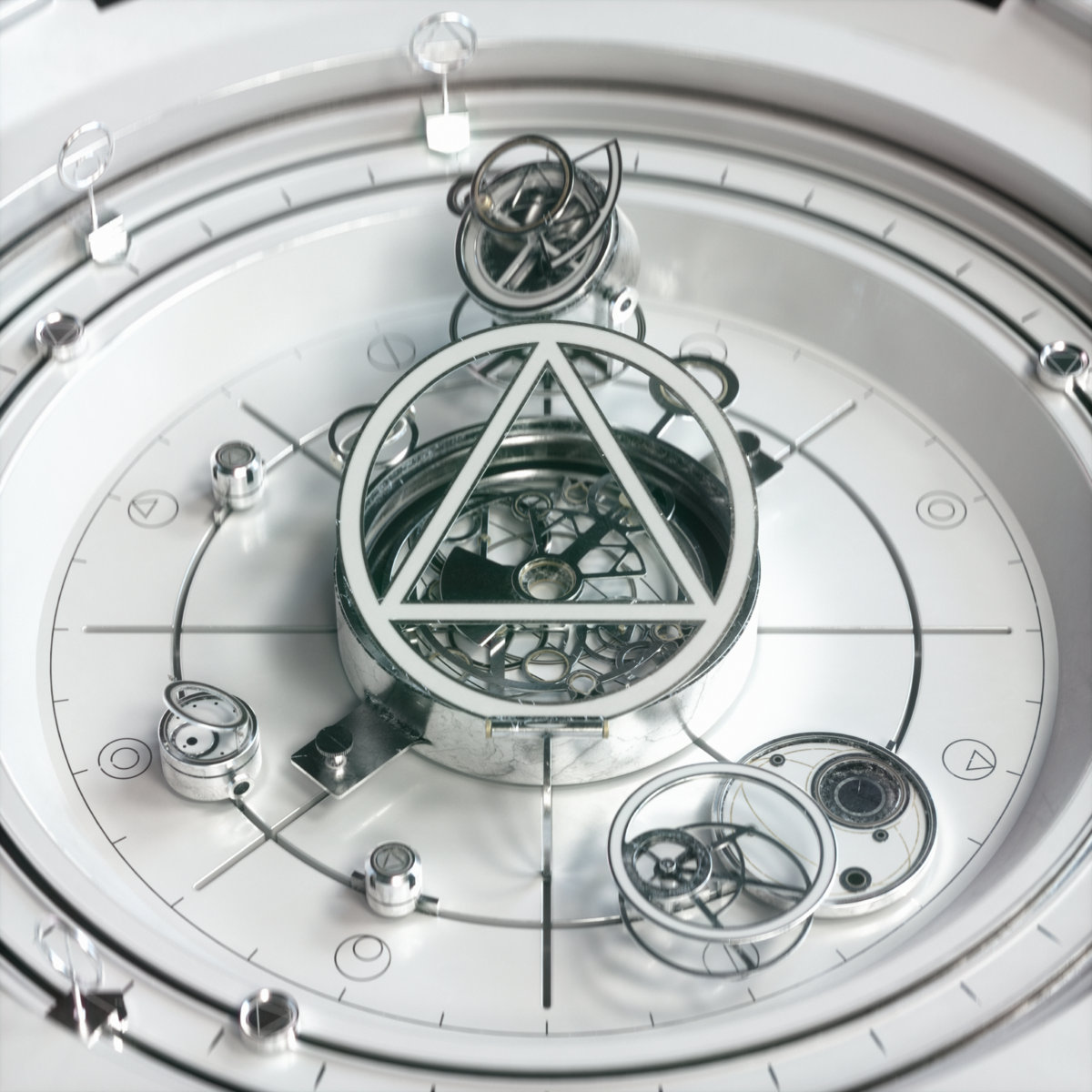 `Beyond The Exosphere’ is the 3rd album of Canadian progressive metallers Pyramid Theorem. An album constructed following Rush’ `2112’ blueprint of crafting extraordinary music. Its title-track as a (vinyl) side filling opener and a band exploring the sonispheres of our galaxy on the 4 following tracks. The new album is a stylistic concept-like release of only 5 tracks that will have you on edge the entire run. Gut-wrenching beautiful melodies and choruses go hand in hand insane wizardry Canadian style. Pyramid Theorem etch their names in the 10 commandments of prog metal!

Opening with the album’s magnum opus, a 17+ minute title track, Pyramid Theorem instantly sets course on their most spectacular progressive journey. Their elemental interaction is key and present more than ever. The track’s modus operandi bears signature of Rush’ `2112’ concept, paving the way to a virtuoso Shrapnel-style shred intro. Memories of MacAlpine and Satch fly by without dismissing the unique Pyramid Theorem identity. A spectacular section with insane prog hooks and breaks spiced by Sam Ermellini’s face melting fretboard magic opens to the ethereal pre-chorus which wells with epic pretentions. Turbulence is casted upon the epic Grande chorus. `Beyond The Exosphere’ paws deep in modern progressive metal and fuses extravagant and stellar musicianship with classic UK prog elements that gel perfectly. The cocktail of classic neo prog and prog metal is made constant changing current. It is a challenging enterprise for band and listener, taken on a sonic journey unravelling in widest musical array. As the song sets course beyond outer space the keenly injected synth/sound effects add to the experience. Sci-fi sounds and effects blend with ominous deep space (distant and wide, hollow) orchestration, ever so often interrupted by harsh schizoid drum combustion or bursts of guitar propulsion driving the song to display multiple dimensions travelled as we orbit their galaxy. A daring showcase with 70s psychedelic groove and modern sound propelling it into a hook and prog-laden melodic outburst of celestial marksmanship. Impressive is the conceptional flowing red line, the reoccurrence of sophisticated styled melodies that are layers think and emulate in repetitive guitar melodies nesting instantly. Towering with drama the song unravels with multiple layers of vocals and a compelling chorus. Vocal interaction is key to bind the melodies, something Christian (bass/vocals) and Stephan Di Mambro (keys/guitars/vocals) understand extremely well. Morphing and shedding skin frequently, the band delivers the perfect calling card for fans on the lookout for refreshing and daring bands.
The epic opener is followed by another more compact trademark Pyramid Theorem track. ,,Under Control” is propelled by a sturdy aggressive roaring riff and Vito De Francesco’s insane polyrhythmic drum patterns and alternating time changes. The track also features sublime triple layered vocal interaction revitalizing the 70s slick melody and mood. Much like Beatles and Yes’ chanting choir works it enhances the music. The nuances and sublime arrangements of Stephan’s gracefully added keyboards also adds an extra dimension, especially when pairing up with the guitars. Tom Scholz (Boston) will recognize his signature.

The whole package is top notch and spiced with exquisite musical marksmanship and song writing. The breakdown of the song is simply astonishing with De Francesco battering away on the drums reminiscent to the late and great Peart. Barging in with a loud groove ,,Freedom” breathes uproar and protest. Chants and rousing vocals add to the dense atmosphere of the song. ,,Hey…. Obey!”. Evergrey’s melancholy stirred on acid. Mega melodic hooks hold up the bodywork of the song that roars onwards with double bass pondering underneath intense drum dynamics. Riffs fire against one another and the hoovering melody is striking. Midway bells toll and harmonies tie closer for an intense and pompous parade of drama. The solo is tight and perfectly matching the song’s signature. Arpeggios start to whirl amidst an insane drum breakdown.
Switching a different sound spectrum with ,,Closer To The End” that grips into the emotional pay off of the title track before it goes pompous and anthemic with gothic (chanting) sounding subnotes. Delicately arranged with dainty percussion work and subtle lush arrangements the song evolves. Vito lays down a somewhat Latin groove with loads of trickery switching toms and rides. His dynamics certainly push the track and his fluent style is gracious and versatile. Comfortable soothing vocals contrast with the dense buoyant welling melancholy engrained and the song’s potent structure. Its sullen mood and retained pulsating urge constantly have you on edge. Powerful hooks with mesmerizing melodies and orchestration in the Shadow Gallery vein keenly liaise with daunting power and emotion create a gripping and cutthroat atmosphere. Pink Floyd’s psychic touch slowly descends into load driving riff and drum interaction hulking a colossal piercing guitar and drum breakdown. ,,Intonate” again hits the airwaves with thick prolific grooves before it rearranges to a mega melodic hammer with roaring pretences. Complete and utter metal sickness is offered as the track progresses with orbiting excellence. Roaring riffs pushing the vehicle uphill where it meanders with melodies and insane rich bass playing. In the meanwhile, drums and percussions enrich the sonic experience, which pushes boundaries and explores the bands monumental musical journey. When the solo transfers and duels with swirling keys the song breaks its steady gravitas and evolves into another epic cinematic masterpiece. Piano and string arrangements breathe serenity before drum rolls start injecting dynamics making the song swirl with melody and panache. In, what perhaps is the most scenic breakdown of the decade, the band delves deep to make a towering impact on the listener.

`Beyond The Exosphere’ marks Pyramid Theorem as the new breed of progressive metal bands, injecting sophisticated elements and theatrics to their sonic elixir. Their magnum opus opening the album they follow the path of their heralded countrymen to steer into outrageous hyperbolic fuelled direction to travel beyond the exosphere…. Memorable hooks and melodies light up the sky brightly. The production is crystal clear and powerful, with an organic undercurrent bringing out the best of Pyramid Theorem.

This is the future of progressive metal…. Behold!