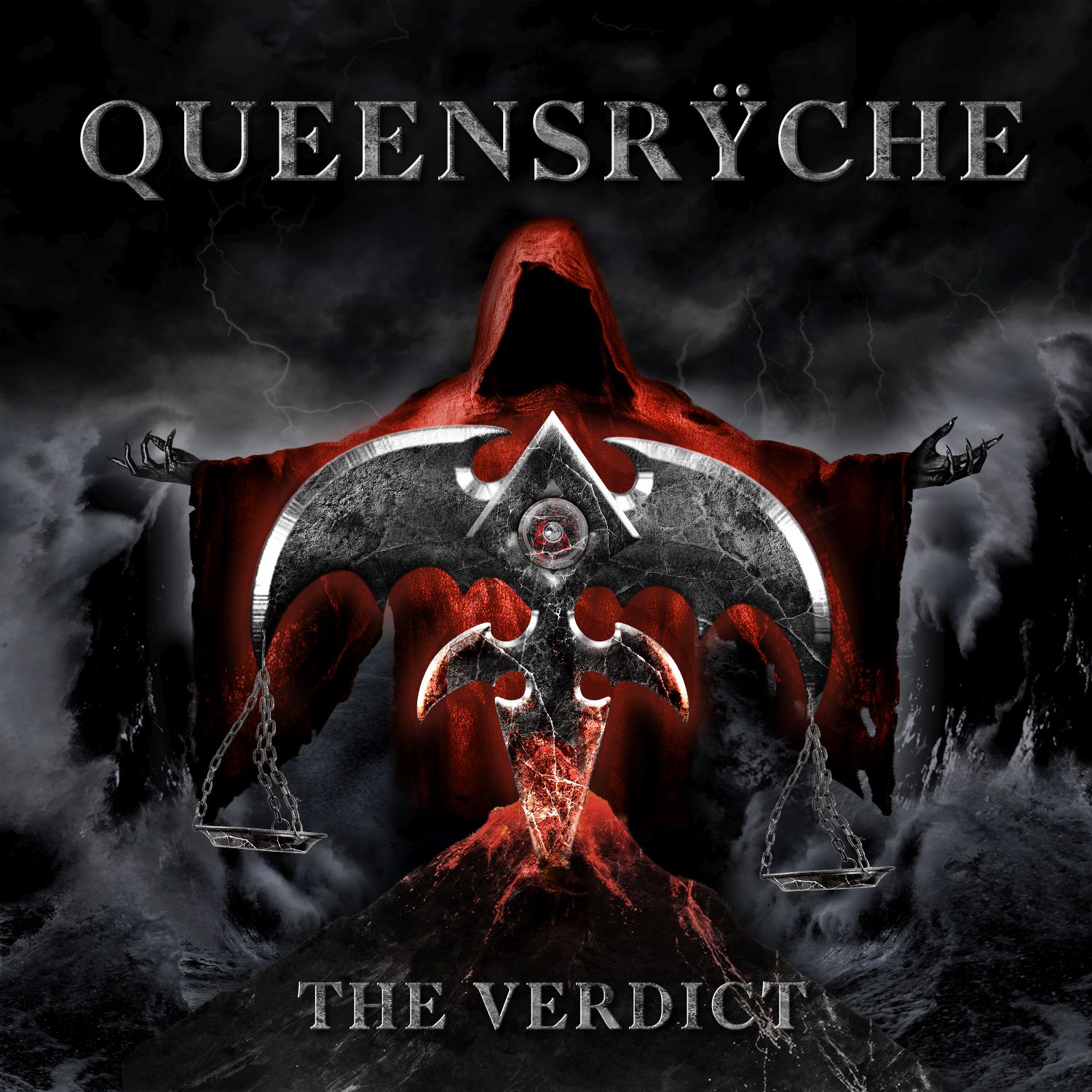 ‘The Verdict’, Queensrÿche’s 15th studio album does have an appropriate title, as lots of music critics [including yours truly] will be giving their “verdict” about this new album. Being an old school [Tate-period] fan from the start, it is very difficult for me to be “sincerely” objective about a new Queensrÿche album without singer and founder Geoff Tate. But, one thing I can say for sure, is that ‘The Verdict’ cannot meet eye to eye with their master piece ‘Operation Mindcrime’, one of the best heavy metal/rock concept albums of all times! However, to be quite honest and fair towards the new Queensrÿche, ‘Operation Mindcrime’ is of course a once in a lifetime album. ‘The Verdict’ contains ten brand new tracks and they are all dominated by the guitar riffs of founding member Michael Wilton and the amazing high-pitched vocals of Todd La Torre [ex-Crimson Glory]. By the way, La Torre also took care of the drum parts as Scott Rockenfeld [also a founding member of the band] had to sit out the recording due to personal commitments. Opening song ,,Blood Of The Levant” sets the tone for this album, being a powerful rock/metal track very characteristic of Queensrÿche and instantly recognisable, fitting right into the legacy of notorious albums like ‘Rage For Order’ [1986], ‘Promised Land’ [1994] or ‘Hear In The Now Frontier’ [1997]. ,,Inside Out” [old-fashioned QR], ,,Dark Reverie” [power metal], ,,Light Years” [very melodic] and ,,Bent” are more than excellent songs; but my absolute fav is ,,Portrait”. That one is a power ballad with astonishing vocal parts and great guitar stuff that give me goose bumps every time I hear that track. Conclusion: Queensrÿche is still a rock/metal force to reckon with and their new release proves that without any doubt, play it LOUD!! Listening tips: ,,Portrait” and ,,Inside Out”.