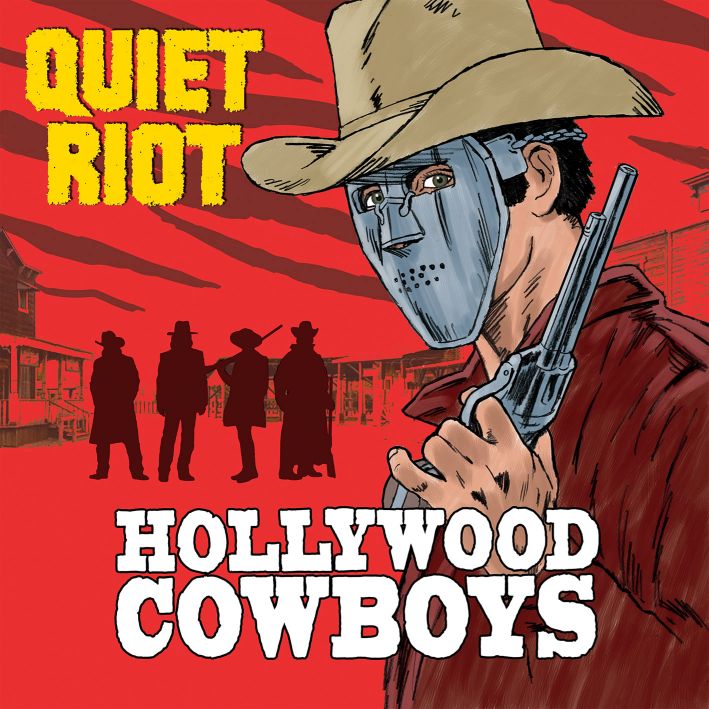 The man who has kept Quiet Riot going and going is drummer Frankie Banali and he deserves a decent amount of credit for that. Especially on the vocal front things have not been easy for the group ever since original singer Kevin Dubrow passed away in 2007. In 2017 the band recruited Sean Nicolls (after Jizzy Pearl called it a day) and recorded the album ‘Road Rage’ with him. Just before the album was going into production (promos were already sent out) Nicolls and the rest of the band came to the conclusion that Nicolls was not the right man for Quiet Riot (I believe some personalities clashed) and the album was postponed. Enter young gun James Durbin, who made name for himself on American Idol and already had two solo-albums under his belt. James re-recorded the songs but ‘Road Rage’ was not a fantastic album. For me James was not the right man for the band. The 2018 live-registration ‘One Night In Milan’ confirmed that more or less. Still, Quiet Riot battled on and recorded the new CD ‘Hollywood Cowboys’. But what happed last September? Durbin left the band and Jizzy Pearl made a triumphant return. Frankie Banali must have been not amused when Durbin left as the new album was already in production. Frankie opted to leave things as he realised that re-recording with Pearl would mean a lot of extra expenses that would come out of his own pocket again. So ‘Hollywood Cowboys’ features a singer who is no longer in the band. Basically the story has repeated itself for Quiet Riot. Is that a case of bad luck or are there other reasons? Anyway, ‘Hollywood Cowboys’ is here and the band will carry on. Although the album is slightly better in comparison with ‘Road Rage’ again the high pitched voice of Durbin does not seem to fit with the traditional heavy and glam rock that this band plays. Alex Grossi though again impresses with some cool riffs and exorbitant solos, Banali is still a monster drummer but one way or another this album just does not grab me. The album that the band made with Pearl (‘Quiet Riot 10’ from 2014) was much more to my liking and with him back in the line-up I don’t have the feeling that Quiet Riot’s future concerts will feature a lot of material from ‘Road Rage’ or ‘Hollywood Cowboys’. I take my hat off for the stamina and the determination that Quiet Riot has shown in the past years but musically I am not very impressed with their latest effort. (Editorial: just when the review came in Frankie Banali revealed on social media he was battling stage four pancreatic cancer since this spring. He says that after several rounds of chemo and other treatments he is “feeling much better and stronger now” and vowing to play with QUIET RIOT through 2020. The HBLS Team wishes Frankie all the best)