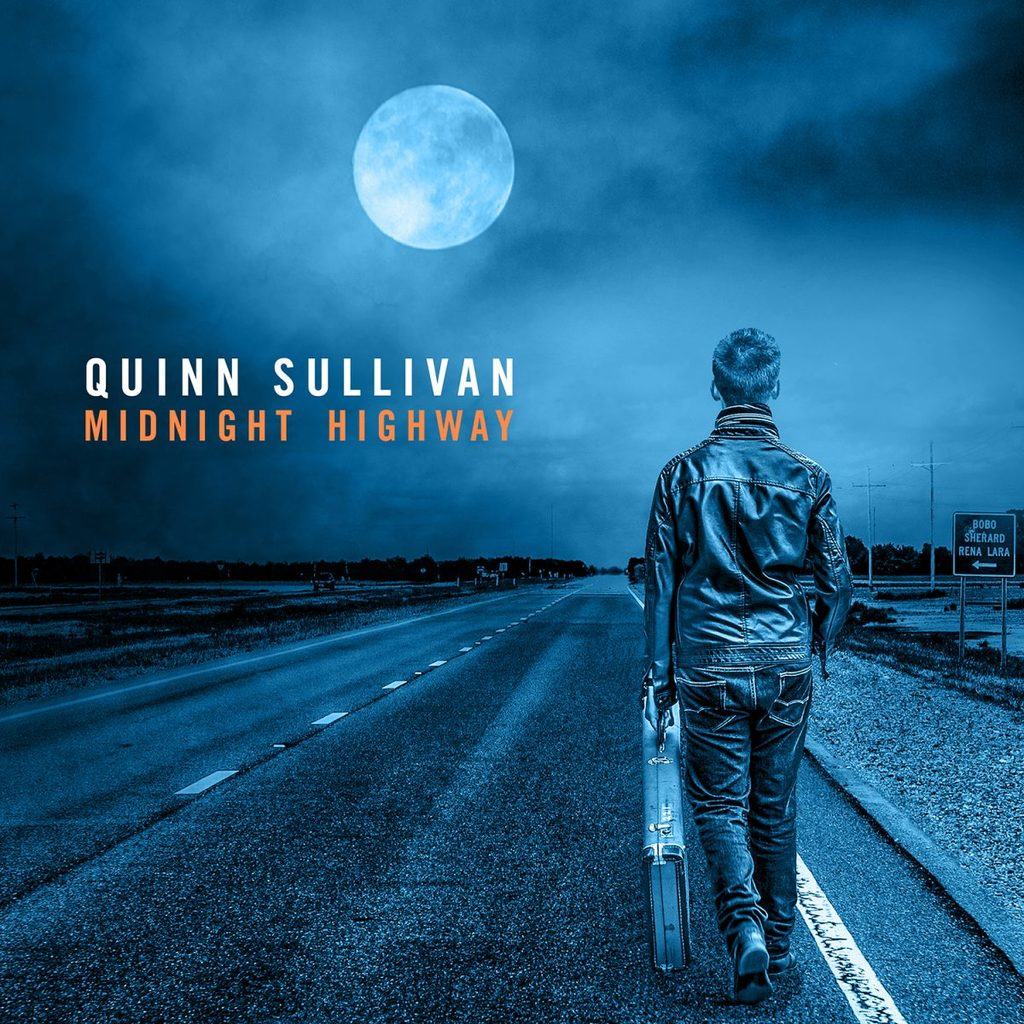 Guitarist/singer Quinn Sullivan is yet to celebrate his 18th birthday, but ‘Midnight Highway’ is already his third CD. He has been a protégé of the great Buddy Guy, playing and touring with the master while most kids of his age would watch TV or play with themselves and/or their phones. Luckily for Quinn for this CD he was teamed up with composer/drummer/producer Tom Hambridge (produced the last Foghat studio CD ‘Under The Influence’) who brought in a team of experienced musicians like bassist Michael Rhodes and keyboardist Reese Wynans (both from the Joe Bonamassa band) just to name a few. It has given this CD a mature character. It is not fair to classify Quinn as just another blues guitarist. Sure, that is where his preferences lie (just listen to his playing style), but besides blues there are also a few nice rock tracks and some more laid back material to be discovered. Most compositions were written by Tom Hambridge with assistance from Quinn Sullivan himself and some other writers. That Hambridge influence might be the main reason that ‘Midnight Highway’ is filled with very strong songs that sound far from one dimensional. On the contrary, there is variation galore on this CD where the young man not only excels as a guitarist, but also has a clear and nice voice that is pleasant on the ears. If you are into artists like Joe Bonamassa, Kenny Wayne Shepherd or Jonny Lang you should at least try out several songs from this CD. It  rocks hard (,,Rock’’), it is from time to time mellow (,,Going)’’, has a strong Beatles cover (,,While My Guitar Gently Weeps’’), a beautiful instrumental (,,Buffalo Nickel’’), some cheeky lyrics (,,Something For Me’’) and above all excellent guitar work from this young dude. This could be the next Joe Bonamassa indeed!