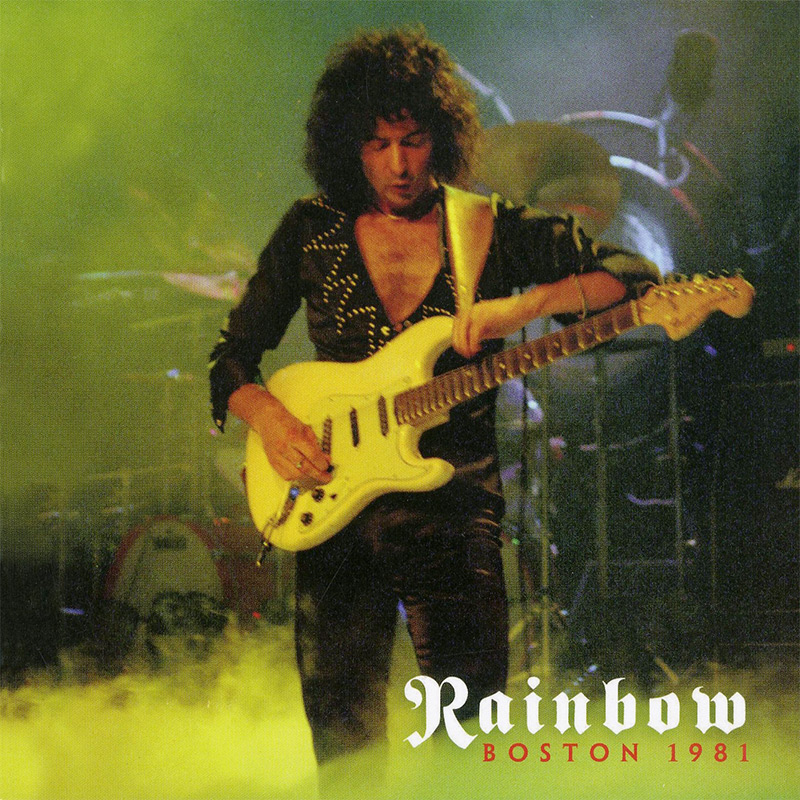 Is it coincidence of just a cheap strategy? Just before Ritchie Blackmore made a comeback to the stage with a new (temporary?) chapter of Rainbow, there is some old stuff that suddenly appears on the market. Like this record, recorded live on the ‘Difficult To Cure’ tour, the first album with Joe Lynn Turner on vocals. The line-up in those days was completed by drummer Bobbie Rondinelli and the current Deep Purple members Roger Glover (bass) and Don Airey (keyboards). As it was Turner’s first tour with the band it is not so strange that there is a lot of material from the Ronnie James Dio era in the set. ,,Man On The Silver Mountain’’, ,,Long Live Rock N Roll’’ and ,,Catch The Rainbow’’ are great songs and you can hear Joe do his best but he struggles a bit, although the close to fifteen minute version of ,,Catch The Rainbow’’ is not bad at all. Joe enjoys his own songs better, you can hear that too. ,,Spotlight Kid’’, ,,I Surrender””, ,,Lost In Hollywood’’ and ,,Can’t Happen Here’’ feature a more relaxed singer. Mr Blackmore is his brilliant self as is Don Airey, who quit after the tour, but steals the show on this record with his great performance. To be honest, he is far more impressive than Blackmore. All in all not a bad release. Maybe a bit of a cheap move from the record company, but the quality is okay, so why not?