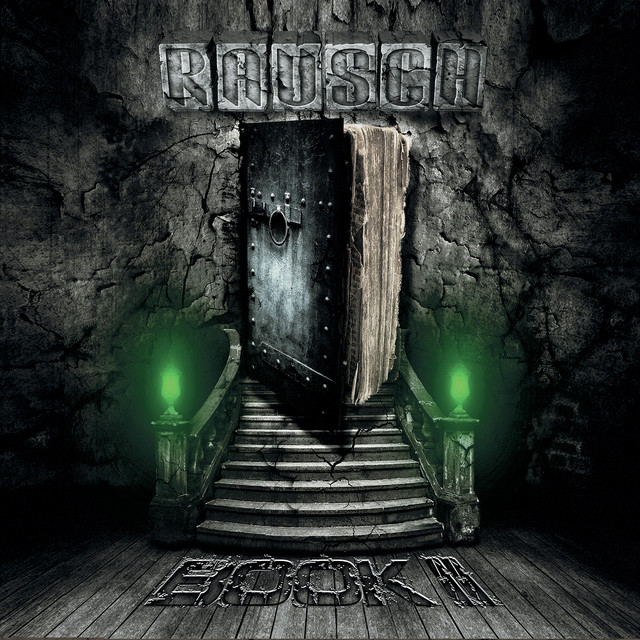 It took a long time before I heard another musical sign from the very talented Doug Rausch from Philadelphia, PA. In 2009 he released his first album and now we have the new album called ‘Book II’. You might think ‘who is Doug Rausch’? Well, I think he is a special kind of guy who deserves to be heard by a bigger audience. The band RAUSCH is comprised of vocalist/pianist Doug Rausch, bassist Joe Fine, guitarist Gary Wehrkamp (Shadow Gallery) and drummer Chris Ruffini. On ‘Book II’ we have heavy-hitting guest contributors including Mark Zonder (Warlord, ex-Fates Warning), Ryo Okumoto (Spock’s Beard) and guitarist Brendt Allman (Shadow Gallery). The music continues where Rausch left us in 2009. If you’re into Queen, Pink Floyd, Rush, Beatles, Dream Theater and our own Dutch artists Robby Valentine and Valensia stop reading and buy this magnificent ‘Book II’. The first track is ,,Greener Grass” which starts with a piano and the vocals of Doug and where you already can hear he improved himself since 2009. The song continues to become a musical experience Queen wrote many times with Freddie Mercury. ,,Swan Song” is more a straight rock song with some marvelous guitar solos. The almost 11 minutes long track ,,Drain” is food for the Pink Floyd fans among us. Next in line we have ,,Irked” which almost clocks the 10 minutes. A supreme bass/keyboard line is shaking my house up and down in one of the highlights of this musical trip. We rock on with ,,Good Day’ after which it is time for again another epic work ,,The End”. For ,,Time Out” Rausch obviously listened to the Beatles and the opening structure of ,,Speechless” share the influences of Rush (‘A Farewell To Kings’ – 2112 period) and Dream Theater (‘Images and Words’). This is by far the hardest track on this album and Rausch wouldn’t be Rausch if he didn’t end in style with (another) 10 minute-long song ,,Slow Suite: II. Isolation”, a track where the craftsmanship of this band is displayed again. Finally Rausch is back! What an album! If you dig the prog rock scene go check this album out. So far it’s one of the best releases in the genre this year!