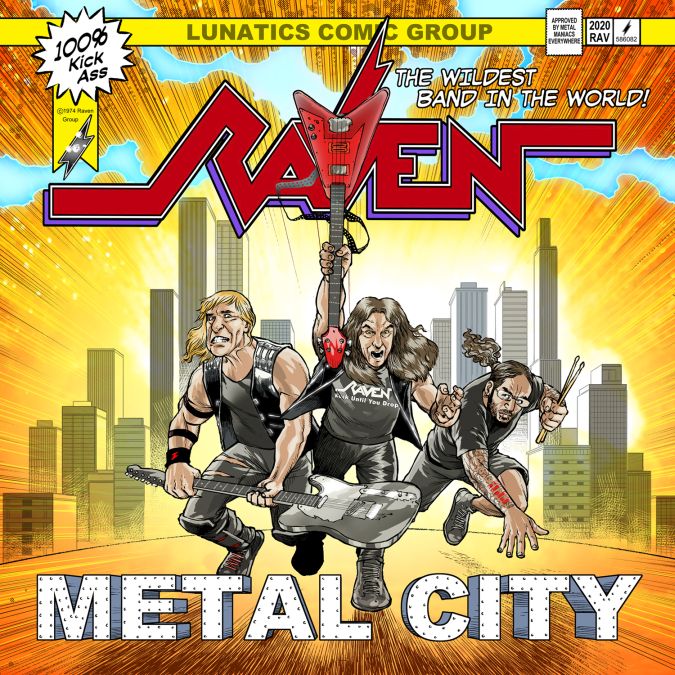 John (bass/vocals) and Mark Gallagher started Raven some 40 years ago and have never really looked back. They were very popular in their first years and like many other bands made the mistake trying to conquer the USA market by changing their style, losing a lot of old fans in the process. The last years the brothers are back to square one as we could discover for ourselves on their 2015 studio album ‘ExterMination’ and the 2019 live-album that was recorded in the Danish town of Aalborg. Plenty of energy, plenty of power, plenty of high pitched singing by John and scorching solos by Mark. In 2017 long time drummer Mark Hasselvander quit the band because of health issues and his replacement Mike Heller gave the band an extra energetic push on the Aalborg live-album and he has provided an extra kick on his first studio-album with Raven, a by the band produced album, with some help from experienced producer/engineer Michael Wagener (Dokken/Bonfire/Accept) as Raven recorded the album in Wagener’s home studio. The ten songs on ‘Metal City’ (with a cartoon inspired cover of the three musicians) leave no room for doubts or any prisoners. Raven just blasts through the songs throwing all their known ingredients out there like there is no tomorrow. ,,The Power’’, ,,Cybertron’’, ,,Motorheadin’’’, ,,Break’’ and ,,Human Race’’ (with ultrafast drums) bring back memories of the good old days. Only ,,When Worlds Collide’’ brings down the tempo a notch and is actually quite long and kind of semi-epic as well. But Raven has the same problem as Anvil: it is enjoyable, wild and furious but after a while it becomes monotonous and slightly predictable. It is like the band only knows a certain trick and a few variations on that but is basically tapping from the same vein. That can result in a good record as is the case now but Raven might consider stretching out a bit more in the future otherwise it is like hitting the repeat button.