RAVEN-Screaming Murder Death From Above: Live In Aalborg 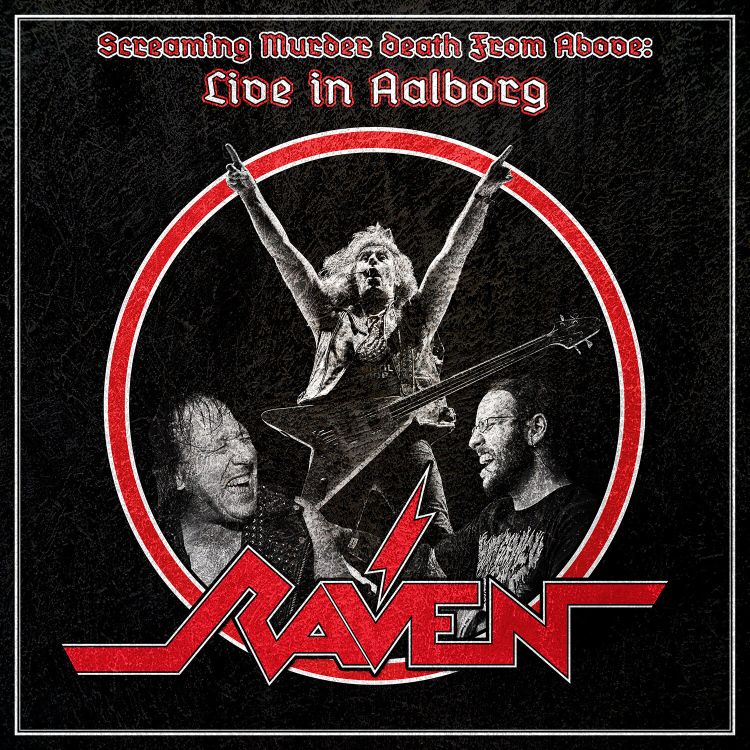 RAVEN-Screaming Murder Death From Above: Live In Aalborg

The brothers John (bass/vocals) and Mark Gallagher (guitar) have managed to keep Raven going for more than 40 years now. Especially during the NWOBHM period in the first half of the eighties Raven was highly successful with albums like ‘Rock Until You Drop’, ‘Wiped Out’ and ‘All For One’, serving up fast metal and rock with the high pitched voice of John leading the way. In those days the band toured heavily in Europe and their gigs were always fun to watch and hear. In the second half of the eighties Raven signed a major deal with Atlantic and their music became more polished and aimed at the US market. That cost Raven a lot of goodwill in Europe. Later on they went back to their old style without regaining all of their fan base back but it was enough to keep going until this day although there have been a few periods in which the band was inactive (Mark had a car accident and suffered heavy leg injuries that sidelined him for a few years). But the last couple of years the band is fully active again, releasing albums like ‘Walk Through Fire’ and ‘ExtermiNation’. Just before a big tour in 2017 drummer Joe Hasselvander suffered a heart attack and the band worked with several drummers including Malignancy basher Mike Heller. Not sure if Hasselvander is able to return in the future or that Heller is the permanent replacement. Anyway, by pure coincidence this album came about. Without the knowledge of the band a show in Aalborg, Denmark was recorded and the results were later passed on to the Gallagher brothers who were flabbergasted by the quality of the recordings. The idea of releasing this show came about. A few little errors were detected and repaired and here we have it a full blown live recording by Raven, a band that went back to its roots and has managed to build up a long career. In 2019 people might see the music of Raven as old fashioned and maybe even out dated but when you hear how much energy and effort this band has put in these recordings the question raises what it is all about in rock and roll? It is about blood, sweat and tears, it is about dedication and some ability to play and sing of course. John Gallagher’s voice has not changed, it is still high pitched while Mark shreds along nicely during songs like ,,All For One’’,  ,,On And On’’ and their anthem ,,Rock Until You Drop’’. Raven might not have invented the wheel but their wheels are turning more than steady with these hefty, honest and sweaty recordings as the latest sign. It brings back old memories and it gives Raven an extended life.