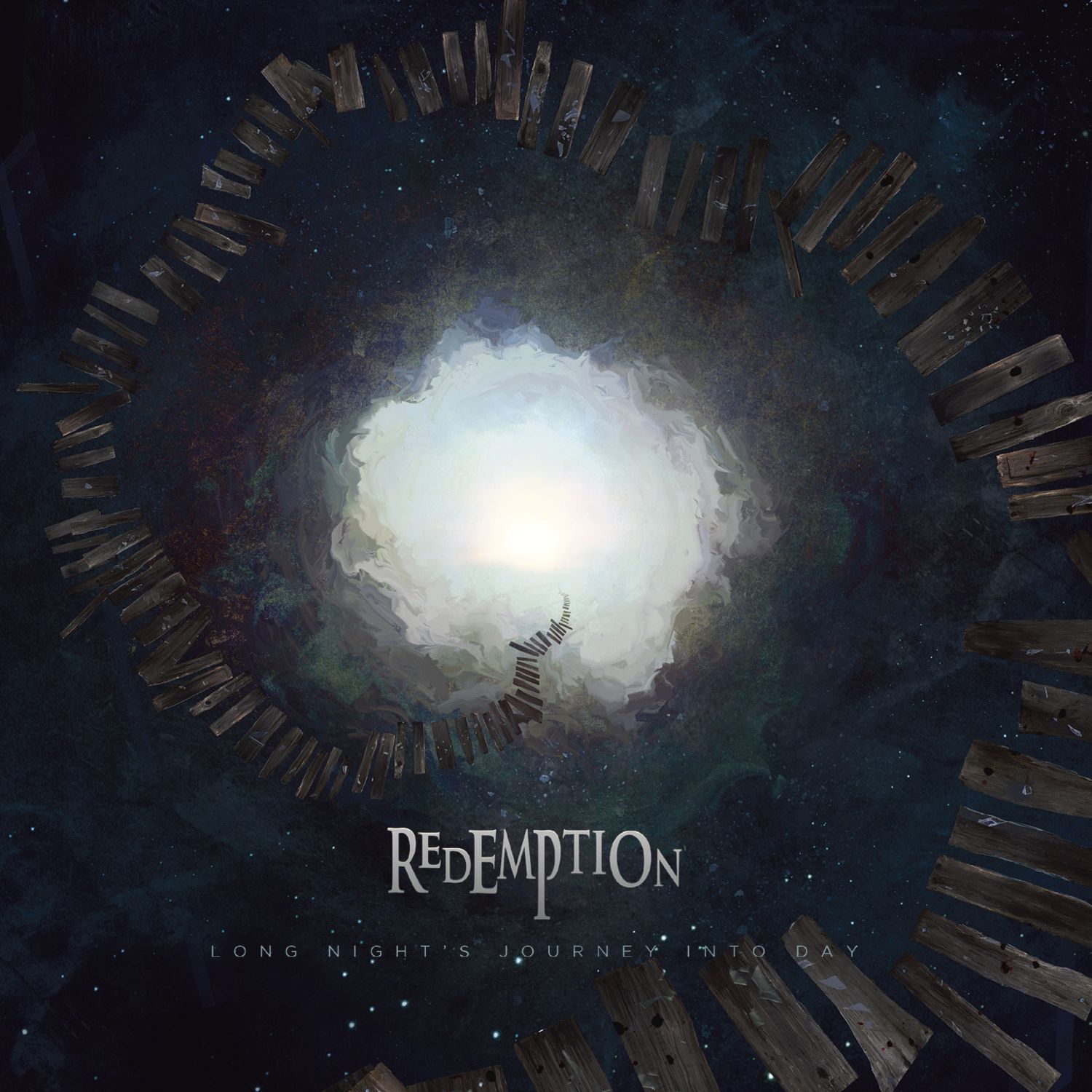 Their sixth studio CD ‘The Art Of Loss’ was for me one of the very best progressive rock and metal releases for the year 2016. On that record guitarist/composer/keyboardist Nick van Dyk really nailed it with singer Ray Alder at his side. But as we all know Ray Alder is also the much loved singer of Fates Warning so when it came to planning gigs it became painfully clear that Ray Alder could not commit himself to that as he had a busy schedule with Fates Warning. Reluctantly Nick van Dyk and Ray came to the conclusion to part as friends leaving Van Dyk no further option then to look for a capable replacement. He found his man in Evergrey’s Tom Englund who has also committed himself to playing live gigs with Redemption. The participation of Englund and his specific singing style should not cause a shocking transition to the music of Redemption or would it? The answer lies somewhere in the middle perhaps. The progressive powerhouse that Redemption is shines on, that is what this new release makes crystal clear. The style is still complicated, moody, powerful and full of variation. And Tom Englund does a real good job. He might not have the same large range as Ray Alder perhaps but it is not that Redemption is no longer Redemption. The composing style of Van Dyk can be seen as a guardian of the Redemption culture. Englund just sounds a bit different but overall stands his man. I suppose it is just a matter of getting used to it. Englund has contributed some thoughtful lyrics dealing with the human condition, fear, despair and doubt and introduced keyboard magician Vikram Shankar to the band who added some nice textures to the sound. As was the case on ‘The Art Of Loss’ guitarist Bernie Versailles could not participate in the proceedings due to illness so yet again Simone Mularoni (DGM) and Chris Poland stepped in to provide ‘Long Night’s Journey Into Day’ with blistering solos. For producer Jacob Hansen it sure was a difficult job to put all elements together. Englund recorded his vocals in Sweden, drummer Chris Quirarte used his home studio while Van Dyk recorded the bulk at his studio in Los Angeles. The band had only a ten hour studio session all together in the same building connecting and fine tuning the process. Still, this record has a great sound and the band sounds as a tight unit, as usual not holding back on creating long songs that can go all over the place, breathing different sounds and mood swings. Yet again it is a journey for the listener, discovering more and more each time you hear this record as was the case with ‘The Art Of Loss’. Different singer, here and there a different angle or accent but without a shadow of a doubt Redemption in full bloom! Progressive rock and metal fans will be happy with this record.