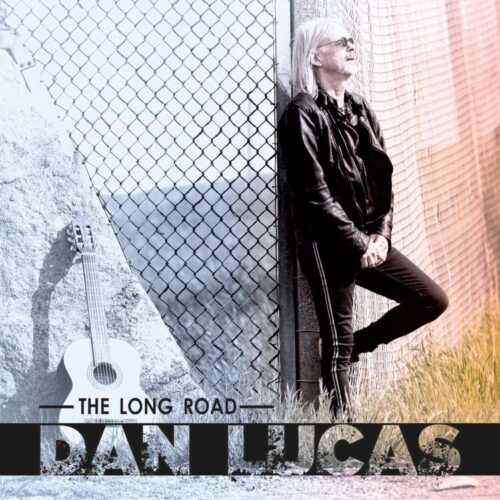 December 9, 2021 by Michel van de Moosdijk - More about our team

Some 25 years after his latest solo-album ‘News’ singer/guitarist Dan Lucas (real name Lutz Salzwedel) makes his return as a recording artist. The man has had a long career, and in the nineties recorded two very remarkable AOR-orientated solo-albums entitled ‘Canada’ and ‘2000!’. At the time Lucas spent some time in the States but returned later to Germany where he has resided most of his life.

After his ‘News’ album it became quite around him until he returned to the scene participating in a German version of ‘The Voice’ and winning it as well. After almost a quarter of a century Dan Lucas has a new album. Hoping that it would be in the same vein as ‘Canada’ and ‘2000!’ it turns out that ‘The Long Road’ is a bit different indeed. There are some AOR-orientated tracks on the album and Lucas still has a nice voice, but the bulk of the material is more singer/songwriter orientated, poppy and most of the time rather cheesy and soppy. It is not an album to recommend unfortunately but if you should ever find a copy of ‘Canada’ or ‘2000!’ do not hesitate to get it if you are a true AOR-fan.