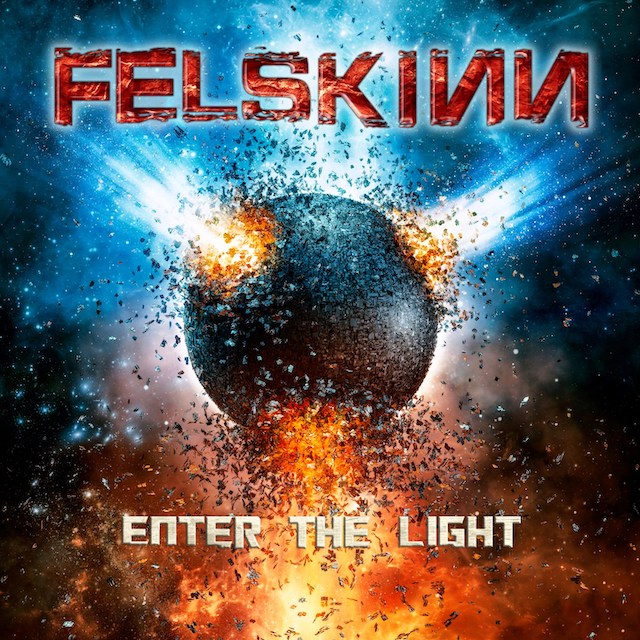 After the well-received album ‘Mind Over Matter’ (2018) the Swiss hard rock/metal band Felskinn return with their 4th output called ‘Enter The Light’. Being their first with ROAR (Rock Of Angels Records). In 2019 founder and shouter Andy Portmann put a new line-up together including: Martin Rauber (Wolfpakk) and Tom Graber (Crystal Ball) on guitar, Ronnie Wolf (Lunatica) on drums and his “old” long time band mate Beat Schaub on bass guitar.

‘Enter The Light’ contains twelve new songs which can all be labelled as “hit” chart sensitive classic rock/metal, so tracks with a very polished sound and nothing too extreme. In fact, I would say that the song writing is rather simplistic and the riffs and hooks sound very familiar and tend to become utterly tiresome after a couple of spins. There is almost no variety as the tracks have no real depth and the lyrics are extremely boring, predictable and the choruses too repetitive! Song titles like ,,Darkness In Your Eyes”, ,,Send The Angels Down” or ,,Lonely Heart” could not be more cliché!! However, the mixing and mastering of ‘Enter The Light’ was done by Jacob Hansen (Volbeat, Arch Enemy, Pretty Maids and Evergrey) and therefore this traditional European hard/heavy music sounds at least pretty powerful and melodic.

Fellskinn’s 4th album is only a must for die hard heavy metal and hard rock fans!!