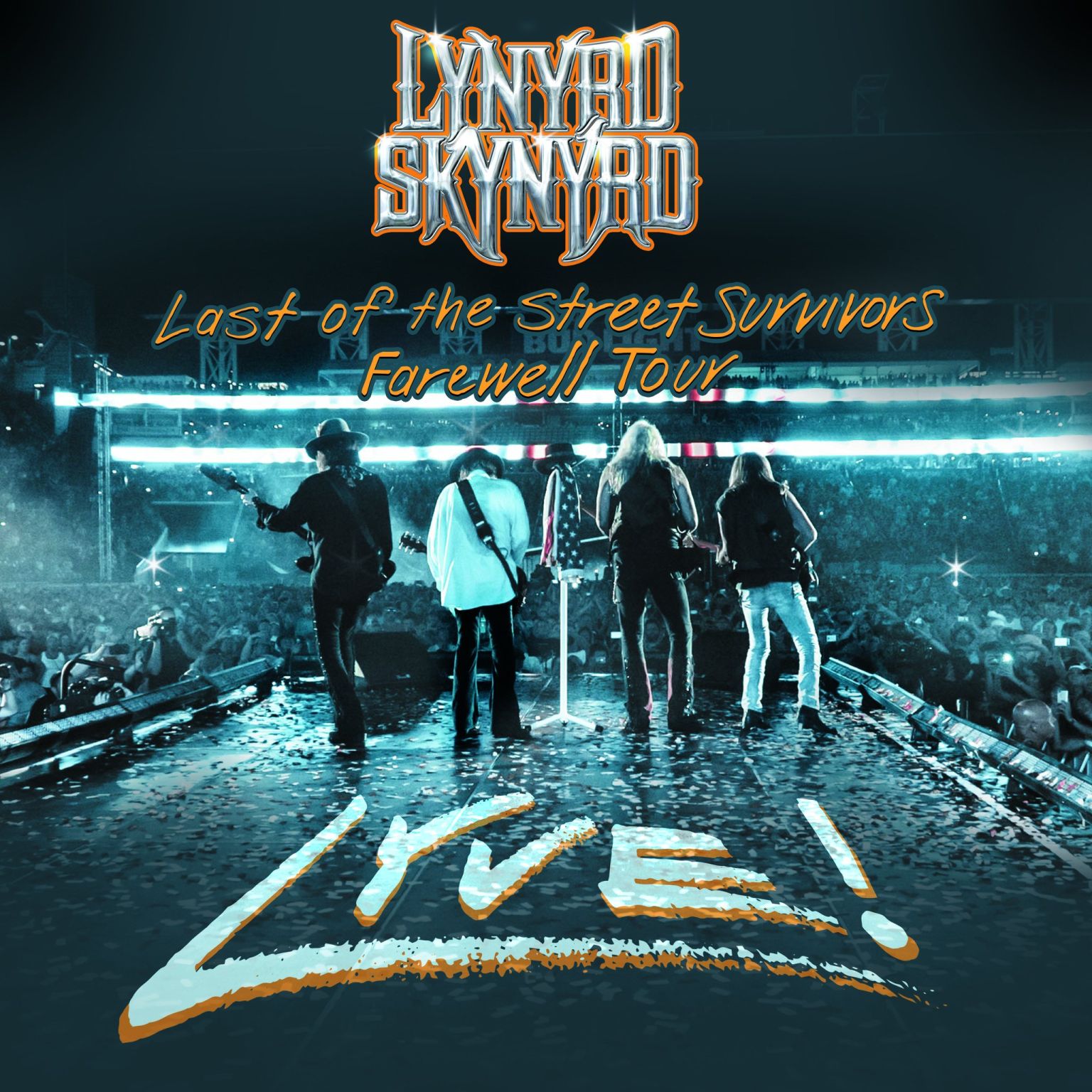 As you might have heard a while ago Lynyrd Skynyrd announced that they would be touring one more time around the world before stopping. Now there are many bands that have announced such a thing and are still going, so there is hope yet that one of the prime instigators of the southern rock movement might be around a bit longer. And if that should not be so I suppose this 3 CD/DVD is a very worthwhile last statement. Before we talk about this release news broke recently that in June of this year the movie ‘Street Survivors: The True Story Of The Lynyrd Skynyrd Plane Crash’ will premier in cinemas. The film has been long in the making as several family members of the deceased musicians Ronnie Van Zant, Steve and Cassie Gaines as well as the only remaining original member Gary Rossington started lawsuits and tried to stop the film. But now the film will come out and it is basically the story told through the eyes of drummer Artimus Pyle who was in the band when the accident happened in 1977. There is a trailer of the movie on YouTube so check that out if you are into this group. Now on to this live document. Lynyrd Skynyrd recorded this show in their hometown of Jacksonville, Florida where it all started somewhere in 1964 when a bunch of schoolboys started a band. What is amazing at the end is that singer Johnny Van Zant asks his crew to put the lights on Larry Junstrom, the original bass player of the band who later was for years a member of 38. Special. A special moment as not long after Larry Junstrom died at the age of 70. Obviously this is a show full of patriotism, American pride, family and remembering all the musicians that were in the band but have passed away through the years. You see during the songs plenty of moving pictures of the old band remembering them the way they deserve. And yes you can even see and hear Ronnie Van Zant singing as the current line-up plays ,,Travelin’ Man’’ and the encore ,,Free Bird’’ (almost 12 minutes long). Great to see and at times also a bit sad as Ronnie and the others died at such a young age. I must say that this is a great show. Especially sound wise this band has never sounded any better, everything can be heard crystal clear. Every instrument sounds impressive, from the triple guitar attack, with Gary Rossington, Rickey Medlocke and Mark ‘Sparky’ Matejka to the piano of Peter Keys (what’s in a name?) and the thundering drums and bass of Michael Cartellone and Keith Christopher. And there is Johnnie Van Zant and the Honkettes (Carol Chase and Dale Krantz-Rossington) singing their hearts out. The whole show is a highlight of old classics and I find it a pity that the material recorded in the last twenty year or so is more or less completely ignored, but it is understandable as this is a farewell tour and the audience wants to hear tracks like ,,Working For MCA’’, ,,That Smell’’, ,,They Call Me The Breeze’’, ,,The Needle And The Spoon’’, ,,Tuesday’s Gone’’, ,,What’s Your Name’’, ,,Saturday Night Special’’, ,,Simple Man’’, ,,Sweet Home Alabama’’ and ,,Free Bird’’ one more time. The only song that does not do it for me is the patriotic ,,Red White & Blue’’ but for the rest this has been an immaculate registration of what this band stood and stands for. Tradition, family, sentiment and above all good and honest music sublimely recorded and filmed. Don’t forget to catch them one more time if they are in your country and I am looking forward to that move in June.