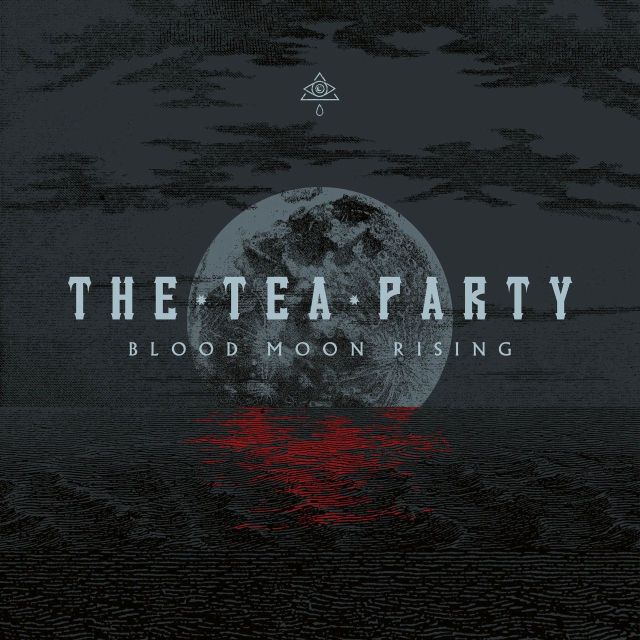 December 2, 2021 by Raymond Helebrand - More about our team

Canadian rock trio The Tea Party has just released ‘Blood Moon Rising’, their first full length album in Europe since 2014’s ‘The Ocean At The End’.

After their first run in the 90s, which ended in 2004, the band decided to reunite in 2014. They released the album ’The Ocean At The End’. After that, The Tea Party released the ‘Black River‘ EP independent in 2019 and now it’s time to turn this EP into a full-blown new album for the European market.

‘Blood Moon Rising’ has 14 tracks to offer. The six that were already featured on the ‘Black River’ EP [including the Led Zeppelin cover ,,Out On The Tiles’’]. Two additional covers, the band has recorded over the last year: ,,Isolation’’ (Joy Division) and ,,Everyday Is Like Sunday’’ (Morrisey), five brand new songs and a live bonus version of ,,Way Way Down’’.

So what can we expect from this release? Of course the Led Zeppelin influences can be heard all over the album and it has become a nice mix of classic/stoner rock with a progressive edge. Singer/ guitarist Jeff Martin still has this deep and rich voice, which sounds almost unchanged since the 90s. Yes, that is meant as a compliment. Bassist Stuart Chatwood and drummer Jeff Burrows are responsible for the solid foundation, as they are since the beginning in 1990.

My personal favourites are album opener ,,Black River’’, ,,Way Way Down’’ and the sensitive, almost country-like title track ,,Blood Moon Rising (Wattsy’s Song)’’. Which reminds me of the sound of another Canadian band: The Band!! However, with the exception of the Zeppelin cover ,,Out On The Tiles’’, the aforementioned covers don’t do it for me.

It is striking that all my favourite tracks on this album are already released on the ‘Black River’ EP. Nonetheless, the other songs compliment my favourites, with the live rendition of ,,Way Way Down’’ as a nice treat.

Fans that don’t already own the EP, now can collect everything the band has recorded over the last couple of years. The Tea Party 2021 is still very much alive and kicking.