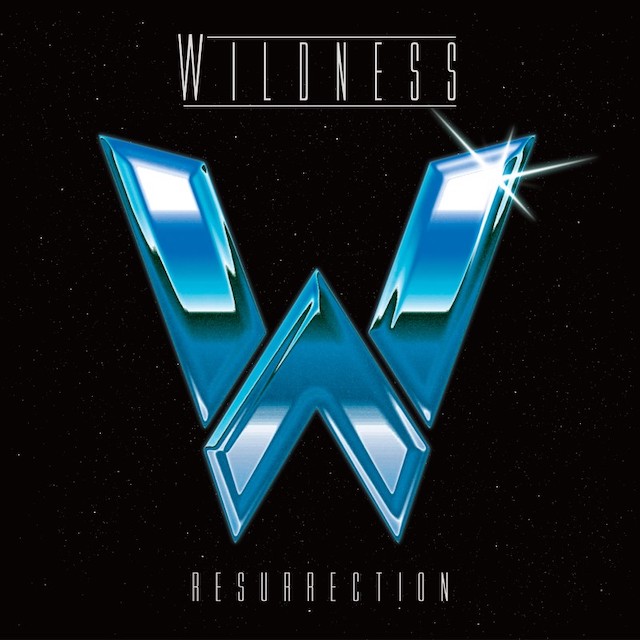 Drummer Erik Modin’s band Wildness instantly made impact with their debut record. Hailed by fans of the melodic rock genre, the band was applauded for their highly melodic 80s rock that returned to the fold over the last few years. With original vocalist Gabriel Lindmark leaving in 2019, the band found a fresh voice in Blazon Stone’s Erik Forsberg, eager to pick up where they left off.

`Resurrection’ is the next step for Wildness…

I have to admit that the songs of Wildness have the nesting abilities of Bon Jovi’s 80s debut, combined with Perfect Plan’s modern twists. Powerful licks take shape, pumped up by a wall of keys balancing out Adam Holmström and Pontus Sköld’s wonderful guitarwork. Their interaction is one of the focal points in the sound of Wildness, also marked by the grooves of Modin’s drums and Marcus Sjösund’s bass. Ingredients providing body and soul to the melodic appeal of the slick songs, balancing on the thin line between slick and generic.

,,Nightmare” reveals the band’s intensions immediately. Easy to devour melodic rockers with memorable hooks and choruses. Forsberg fits in perfectly, and adds a slightly different tone. Little rougher around the edges, it falls well with the slick vocal interaction marking their music. ,,Tragedy” is slick as a Kim Bassinger’s long legs in nylons. Chorus and pre-chorus are falling into one another and Forsberg belting his most melodic vocals. Profound are the band’s solos that elude with grandiose creativity. Both players trade off their solos and riffs and elevate above the fold. Shred solo that brings back Vito Bratta’s towering fretboard magic are running point in the songs.

,,Release the Beast” is a wonderful example, with heavy riffs and melodies discharged. Spitting a ponderous beat, the pompous keys and sturdy riff delivery fire up ,,The Final Fantasy”. Survivor-like phrasing and modern poise make it powerful and appealing, with Forsberg injecting metallic echoes to his cleanest range. The solos are pitching high and the song flourishes with eluding guitar hooks and dabbing keys. Absolutely wonderful is ,,The One and Only”, with its great haul of guitars blended in the enormous sonic cocktail of melodic key and guitar interplay.

“Love Resurrection” is rocking in classic rock pace. Raining riff and keys pasting the gaps solid add to the dynamics of the song. Treat comes to mind and Foreigner is introduced on the lush opening of the slow mover ,,Lonely Girl”, which slowly develops with AOR melodies, much like Signal. It contrasts with ,,Dawn of Forever”, the other ‘ballad” on `Resurrection’, which is crafted more like a metal ballad (Saxon), with epic accolades present. Subtle, but powerful, meandering towards its sterling guitar section. Hints of modern (epic) metal with Magnum sections present.

TIME WARP TO THE EARLY NINETIES

Metallic signatures that dominate the powerful ,,Eternity Will Never Fall”, with its uproar and metal riffing underneath Forsberg’s powerful vocal delivery. Double kicked drums and ponderous drum rolls increase the dynamics lifting it into the melodic metal genre. Epic chorus, both melodic and heavy.

It differs from more traditional songs like ,,Best of Me” that instantly warps you back to the early nineties. Packing mega-melodic weight in its slick chorus, as does the wonderful rock rouse of ,,Fading Sun”, it also displays the band’s possibilities to create in a wider spectrum.

`Resurrection’ is an excellent rendition of the band’s past, yet also revealing their broader rocking interests. This is the sound that sets them apart from an endless stream of label mates that relay on the Frontiers production team, often delivering albums bearing marks of reminiscence and falling into the mediocrity recognizability. With Wildness capturing the 80s and 90s melodic vibe, wrapped around their heavier guitars and powerful drums, Wildness displays a distinct sound and certainly hints in other directions. `Resurrection’ is an album that will be enjoyed by melodic metal fans as well as melodic rockers, keen on melody dominated by jaw dropping guitarwork.