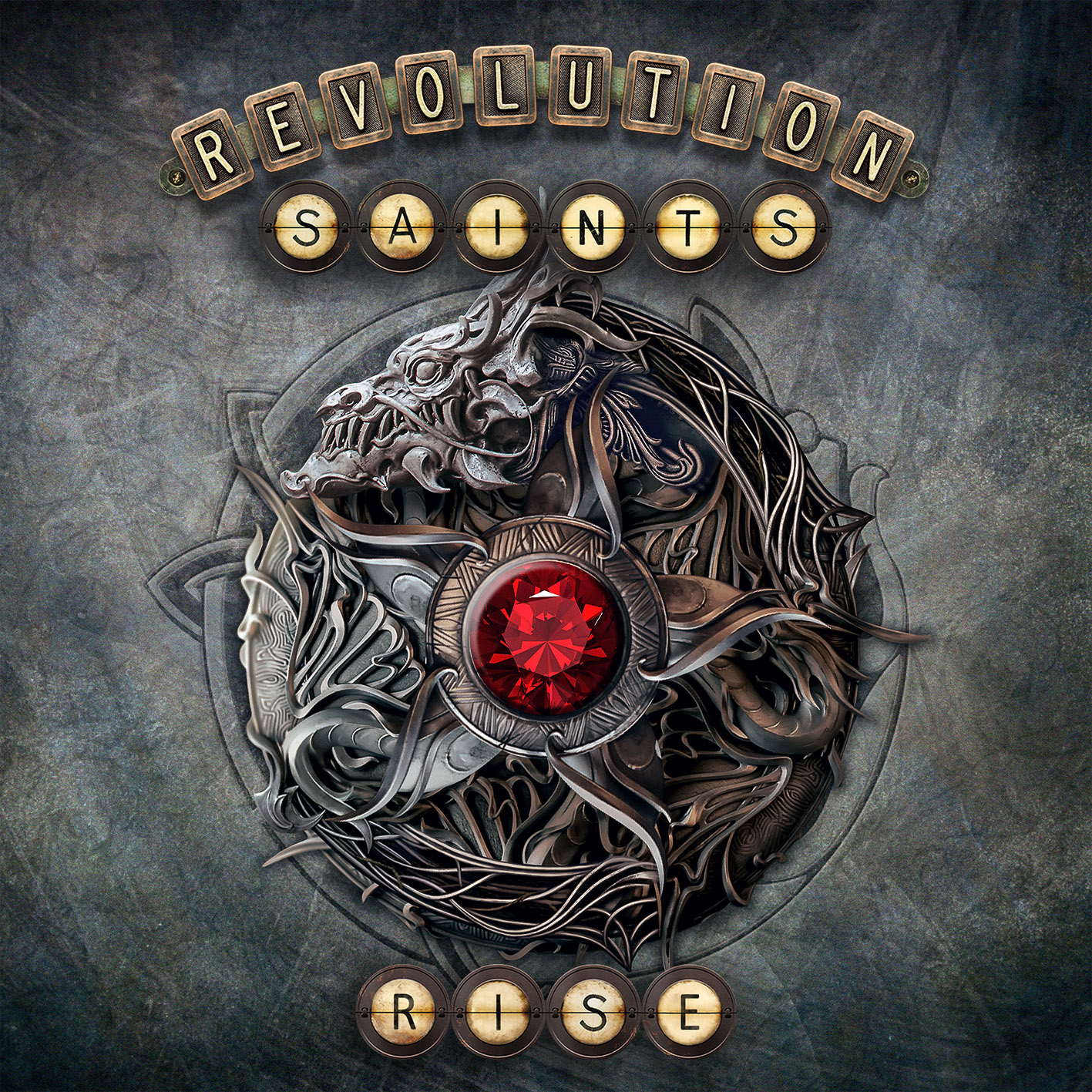 Both Revolution Saints studio albums were and still are a must for any rocker who likes classic melodic rock and AOR. Deen Castronovo (drums/vocals), guitarist Doug Aldrich and bass player Jack Blades (also vocals) are household names through their involvement in other bands like Journey, Whitesnake, Bad English, Dio, Night Ranger, Damn Yankees, Burning Rain and Shaw/Blades while Deen and Doug are also currently bandmates with The Dead Daisies (this band just completed the recordings for their new CD with for the first time Glenn Hughes on bass and lead vocals). Between al the touring and recording the trio found the time and most importantly the inspiration to record a third Revolution Saints album, with recordings taking places in Italy and the home studios of Doug and Jack in America. Never change a winning team is the clear motto as again Alessandro Del Vecchio has been the guy co-writing, producing and playing keys, while some other song writers contributed material as well. The recipe is the same as on the first two albums: melodic, guitar driven classic rock with the amazing voice of Deen leading the way (although it must be said that Jack Blades has a bigger vocal role on ‘Rise’). It is a real shame that the singing capacities of Deen in earlier bands were never or hardly used but in Revolution Saints he can really do his thing. Listening to the eleven songs on ‘Rise’ I must admit that the surprise is not really there anymore. Not saying that the album has become predictable but there is not so much difference between ‘Rise’ and the two other releases. That does mean though that ‘Rise’ is an excellent album as a whole. There is a good mix between more ‘ballsy’ tracks and songs that have a bit more depth with as usual a shitload of extravagant guitar work of Mister Aldrich who had developed through the years into the complete package. Whitesnake, Dio, The Dead Daisies, Burning Rain and Revolution Saints, everywhere he goes with his guitar he does the job in a flamboyant and high class style, making him one of the most impressive guitarists around. Like I stated, the real novelty might be a bit worn but that does not mean that ‘Rise’ is a disappointing album. Far from as songs like ,,When The Heartache Has Gone’’, ,,Come Home’’, ,,Talk To Me’’, ,,Higher’’, ,,Price We Pay’’ and ,,Million Miles’’ showcase. What I do miss on ‘Rise’ is that iconic super ballad although the very nice closer ,,Eyes Of Child’’ (written by Blades and Tommy Shaw) is a great acoustic track sung by Jack Blades himself unless Castronovo has borrowed Jack’s vocal cords for this one. Especially the acoustic guitar solo is fantastic as is the melodic structure of the song. So if the first two Revolution Saints albums (‘Revolution Saints’ and ‘Light In The Dark’) are among your favourites ‘Rise’ will be a very welcome addition to your rock collection!