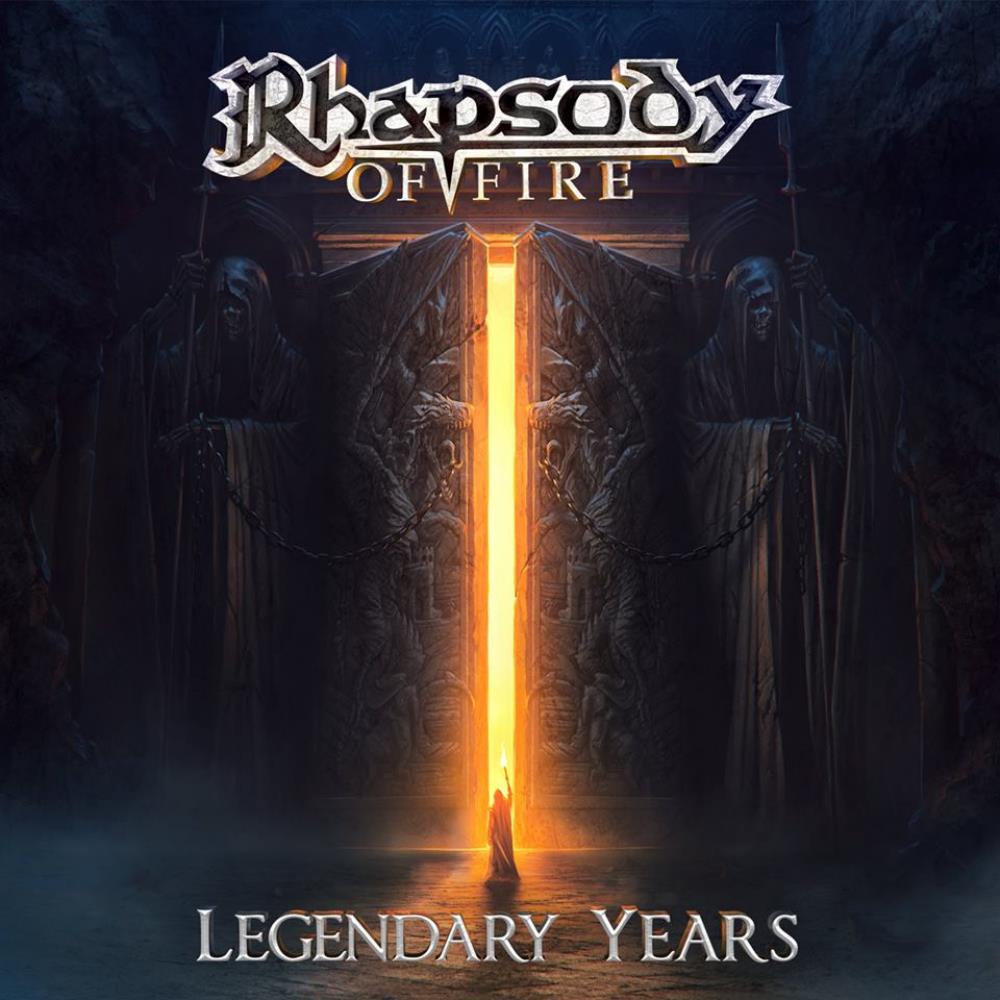 For die-hard fans of Rhapsody Of Fire (which I used to be in the late nineties) I must tell you right from the start that ‘Legendary Years’ is NOT a new Rhapsody Of Fire album. ‘Legendary Years’ is nothing more than a compilation album, consisting of 14 re-recorded versions of Rhapsody (their name was changed to ROF in 2006) classics from the ‘Emerald Sword’ Saga period. That saga started in 1997 with their debut album ‘Legendary Tales’ and ended in 2002 with Rhapsody’s fifth album ‘Power Of The Dragonflame’. The musical highlights of this period were the albums ‘Symphony Of Enchanted Lands’ and ‘Dawn Of Victory’, but later I kind of lost track of these Italian symphonic power metal heads… The year 2017 sees an almost completely different Rhapsody Of Fire band, as only founding member Alex Staropoli (keyboards) is left over from the 1993 line up. Luca Turilli, guitar player and founding member, left the band in 2011 and the charismatic vocalist Fabio Lione left last year. The new singer, who participated in The Voice Of Italy, Giacomo Voli (ex-Sour Whine) really surprises me on this album, as he has a strong and powerful voice, which adds quite a new dimension to these re-recorded tracks. Musical highlights from this somehow superfluous album are ,,Dawn Of Victory’’ (great catchy chorus), ,,Beyond The Gates Of Infinity” (epic power metal hymn), ,,The Dark Tower Of Abyss”(pure fantasy power metal) and ,,Emerald Sword”; the latter being a true sing-along up tempo track with an addictive chorus, drawing on Celtic musical elements. The first single from this album ,,When Demons Awake’’, originally recorded for `Power of The Dragonforce’,  was released on 28 April, so check it out and see/hear if you like this “new” Rhapsody Of Fire. ‘Legendary Years’ is certainly not a bad album; however I am more curious about a new album with this almost completely “refurbished” line up! Last advice: play ‘Legendary Years’ at maximum volume for ultimate hearing pleasure!