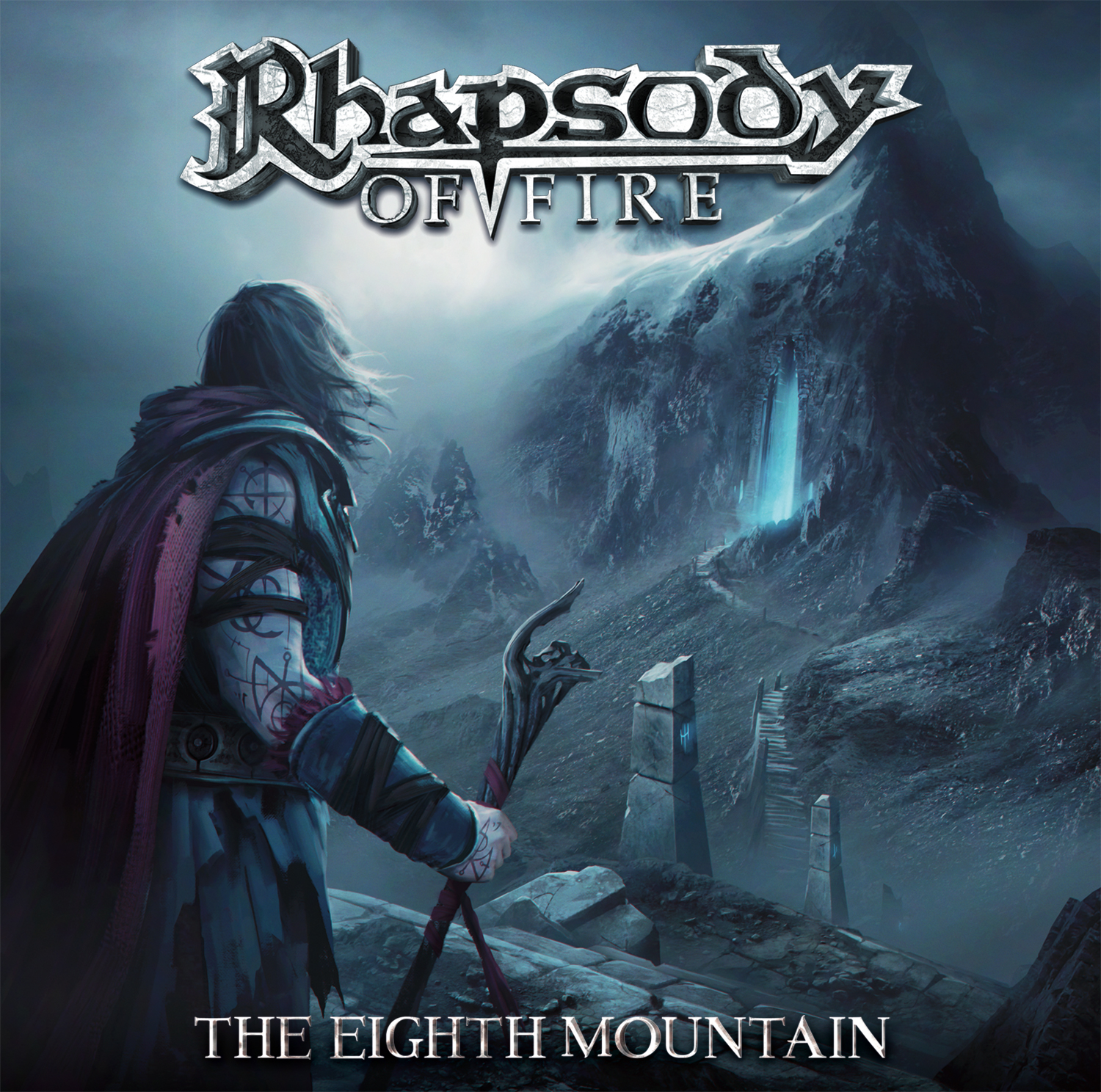 February 16, 2019 by Martien Koolen - More about our team
Symphonic power metal albums such as ‘Legendary Tales’ [1997], ‘Symphony Of Enchanted Lands’ [1998] and ‘Dawn Of Glory’ [2000] from the notorious Italian band Rhapsody of Fire [or simply Rhapsody as they were called back in the days] are still very dear to me; I still listen to them a lot. Maybe this has to do with the fact that these magnificent albums sound like operas to me and as you probably not know, I am a huge Wagner fan, as his operas are also bombastic orchestral milestones, just like the aforementioned albums of Rhapsody of Fire. Their new album, called ‘The Eighth Mountain’ is a return to those three amazing albums from the late nineties as this album again is filled with anthemic symphonic metal, featuring lots of tempo, energy, magical pathos, spirited songs, epic chorus passages and lavish orchestral arrangements. To achieve all this, Rhapsody of Fire worked with a classical orchestra and two choirs on this album again and that adds a magical instrumental dimension. Vocalist Giacomo Voli really sings like a true Italian classical metal head, as his spectacular vocals are almost a blend of Pavarotti and Eric Adams of Manowar! Just listen to Voli singing his ass of in songs like ,,March Against The Tyrant” or ,,The Wind, The Rain And The Moon”, as these are really spectacular symphonic power metal songs, which I want to listen to over and over again! Most of the tracks on ‘The Eighth Mountain’ are up tempo killer songs filled with crazy guitar melodies, keyboard walls, choir passages, speedy, melodic guitar solos and last but not least the awesome voice of Voli. To me, the absolute highlights of this amazing album are: the nine minutes opus ,,March Against The Tyrant”, ,,The Wind, The Rain And The Moon” and the final song called ,,Tales Of A Hero’s Fate”. The latter being an eleven minutes orchestral masterpiece with a dramatic storyline narrated by no one less than Christopher Lee. Need I say more, ‘The Eighth Mountain” is a highlight in the career of Rhapsody of Fire, a must have for fans of symphonic power metal, in other words: buy or die!!!
Share article