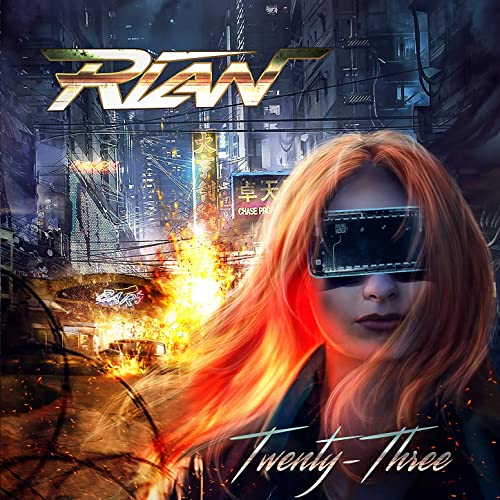 Working together with experienced producer/keyboardist Daniel Flores has resulted in a second album for Swedish melodic rockers Rian. With ‘Twenty-Three’ though the band around singer/guitarist Richard Andermyr makes their debut for Italian label Frontiers. Rian has made a very solid and extremely energetic album. Opener ,,Stop’’ leaves nothing to be desired. It is full of power and spicy guitar work from lead-guitarist Tobias Jakobsson who basically gets free range on the rest of the album. He certainly makes the most of it. Also second track ,,In The Dark’’ rocks your socks off while ,,Where Do We Run’’ has a more melodic approach. What also works for Rian is the production of Flores. The man has given this band a strong and above all powerful sound with still plenty of room for depth in the songs and melody.

Listening to ‘Twenty-Three’ and comparing it with their 2017 debut-album ‘Out Of The Darkness’ it becomes very clear as soon as you have heard the whole album how much Rian has progressed in those four years between the two albums. More mature songs, stronger individual performances by the musicians involved. With still enough variety and melody and a singer in the person of Richard Andermyr who knows how to bring it across. And he sounds likes it hardly costs him any effort at all. Like guitar-orientated heavy rock with a quality sound and a high level of good songs? I guess ‘Twenty-Three’ is your answer to that question. Excellent stuff indeed!