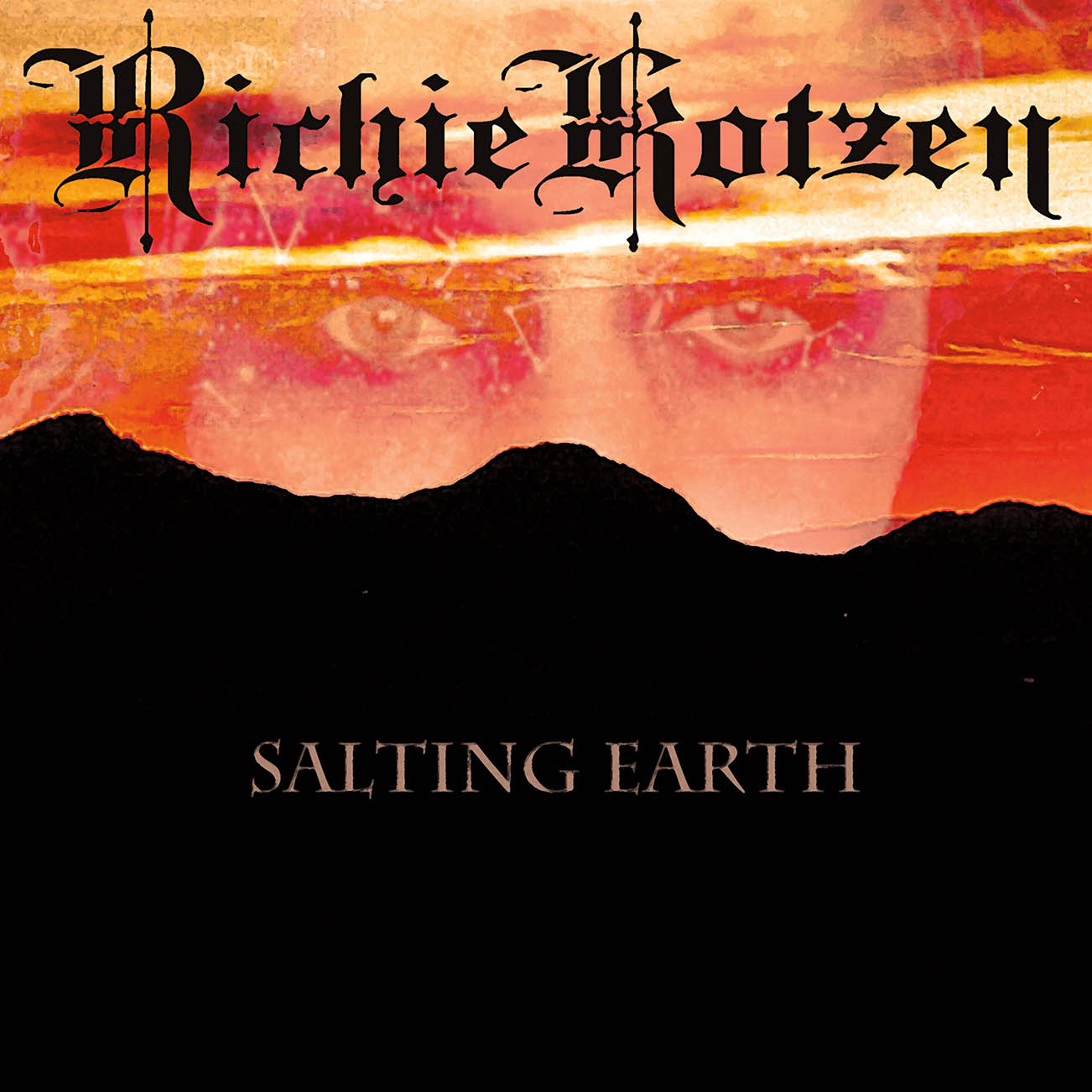 After the success of the latest The Winery Dogs CD ‘Hot Streak’ and some extensive touring singer/guitarist Richie Kotzen expressed the wish to do another solo-CD. Bassist Billy Sheehan and drummer Mike Portnoy had other bands and project on the go as well so The Winery Dogs will be standing on the sideline for a while, but everyone involved has said that in the future this great outfit will resume its activities. Kotzen in the meantime has finished his 21-st solo-CD (!) and I dare to say that ‘Salting Earth’ is his most accessible and sophisticated one until now. You have to be open minded and learn to appreciate what Kotzen has been doing. On some tracks the singer/guitarist really shows us stuff that we have never heard him do before. The bulk of the album is melodic rock with bluesy influences and as we are used to from Richie great guitar work. But the man has played every instrument on this record, yep, this is in all aspects a solo-CD. Opener ,,End Of Earth’’ is a feisty rocker as we know Richie best but as the songs progress you feel some changes in the air coming. There are quite a bit of soul influences on ‘Salting Earth’ to be heard as well. Take for instance ,,This Is Life’’, for me one of the best tracks of the album. So sophisticated, so full of soul and sung by Richie with an enormous amount of feeling and guts. It is a song that Glenn Hughes and even the late great Prince could have sung. But like I said you must have an open mind as also the tracks ,,My Rock’’ and ,,Grammy’’ are a different cup of tea. But overall there are plenty of rockers and Richie’s guitar sounds just magical throughout the CD. Richie Kotzen has said that he just needed to make this album and get it out of his system. You just need to hear this and get it into your system as the musical talent of this man on this CD is just second to none. Also credits for the fact that he had the balls to do something different without (completely) losing his rock identity.