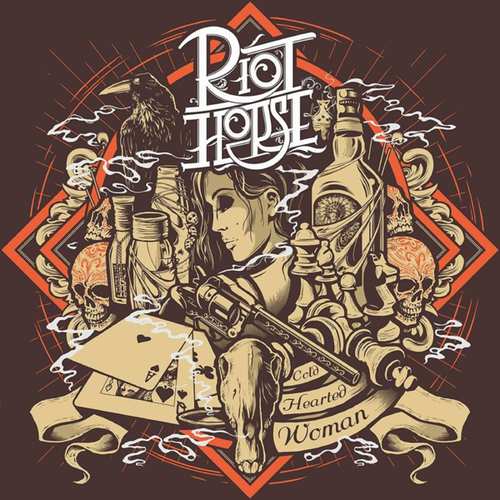 February 3, 2019 by Michel van de Moosdijk - More about our team

Their 2014 debut album ‘This Is Who We Are’ turned out to be a classic rock/blues/groove metal hammer that received good reviews. These Swedish rockers needed about four years to follow that stunning debut up and ‘Cold Hearted Woman’ is a CD in the same vein. Again influences from bands like Led Zeppelin (the bass drum sound!), Grand Funk Railroad, Black Sabbath and Deep Purple are dripping from the music but yet somehow Riot Horse does not sound too old fashioned or outdated. Especially the bluesy track ,,My Only Woman’’, the energetic title track and ,,Damned Whisky’’ are the songs that really stand out with a rich mix of grooves, big drums, a heavy guitar and a singer in the person of Andreas Sydow who sounds at times really emotional and desperate, giving the songs the necessary feel and emotion. But to be brutally honest ‘Cold Hearted Woman’ does not match ‘This Is Who We Are’. It is twenty minutes and three songs shorter and some tracks never really get going (like ,,Feel My Love’’). It is not that Riot Horse completely disappoints as there is a reasonable amount of good rock music to be heard but put against that debut the only thing that matches up is the quite massive sound. It is now a tick less intense.