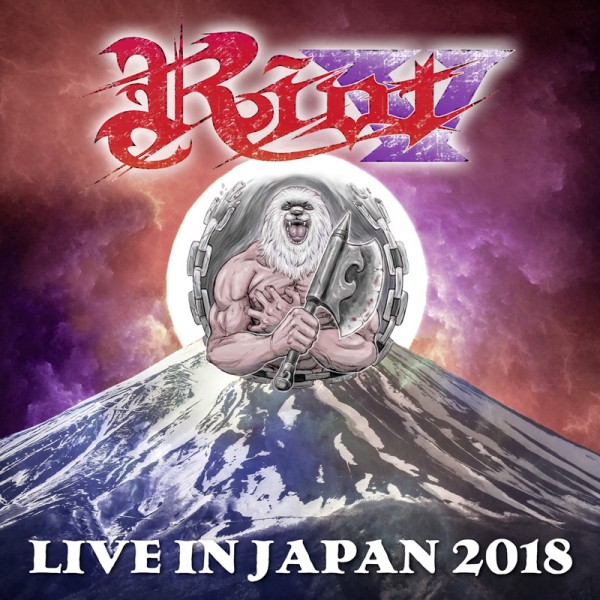 When Riot V released their latest studio album ‘Armor Of Light’ in April 2018 I was happy with the power of that album but had to conclude that this band has not much to do with the musical legacy that Riot founder Mark Reale (who sadly passed away some 7 years ago) had created. Riot V chose a heavier and faster direction, more in the vein of the album ‘Thundersteel’ which was the heaviest album in the Reale-era. Furthermore I came to the conclusion that Riot V had become a bit one dimensional. There was not much variation in ‘Armor Of Light’ that was being dominated by powerful speed metal songs sung by the high pitched voice of Todd Michael Hall. Still, the band had a future again based on that album, played on Wacken Open Air that year (they are also featured on the ‘Live At Wacken 208: 29 Years Louder Than Hell’ 2DVD/2CD with two songs) and they toured in Japan where 23 songs were filmed and recorded live. This release will be available on DVD or as 2-CD by the time you read this and this performance more or less confirms my findings from a year ago. Riot V is a completely different band now and in a way that is okay. Yes, they still play the old material like ,,Warrior’’, ,,Swords & Tequila’’ and ,,Road Racin’’’ while most of the ‘Thundersteel’ album songs are featured on this release as well but it is played with more speed and force while the voice of Mister Hall changes the songs anyway as he sings with a much more higher pitched voice (sometimes that high that you might fear the glass might break). It is something you have to get used to if you grew up with the old Riot and as far as I am concerned maybe it is better for Riot V to skip those old classics and concentrate on their current musical style. The three above mentioned songs just do not sound like the old days mainly because of the different voice. That is normal I guess but that does not mean that we have to like it. But in general this is for a fan of speed and power metal an album that does sound more than acceptable. Most songs are from ‘Thundersteel’, the title track of ‘Armor Of Light’’ opens the performance while the record also features material from the CD ‘Unleash The Fire’.  All in all a pretty forceful and heavy album but for me it just does not do it completely. Maybe I am too nostalgic….