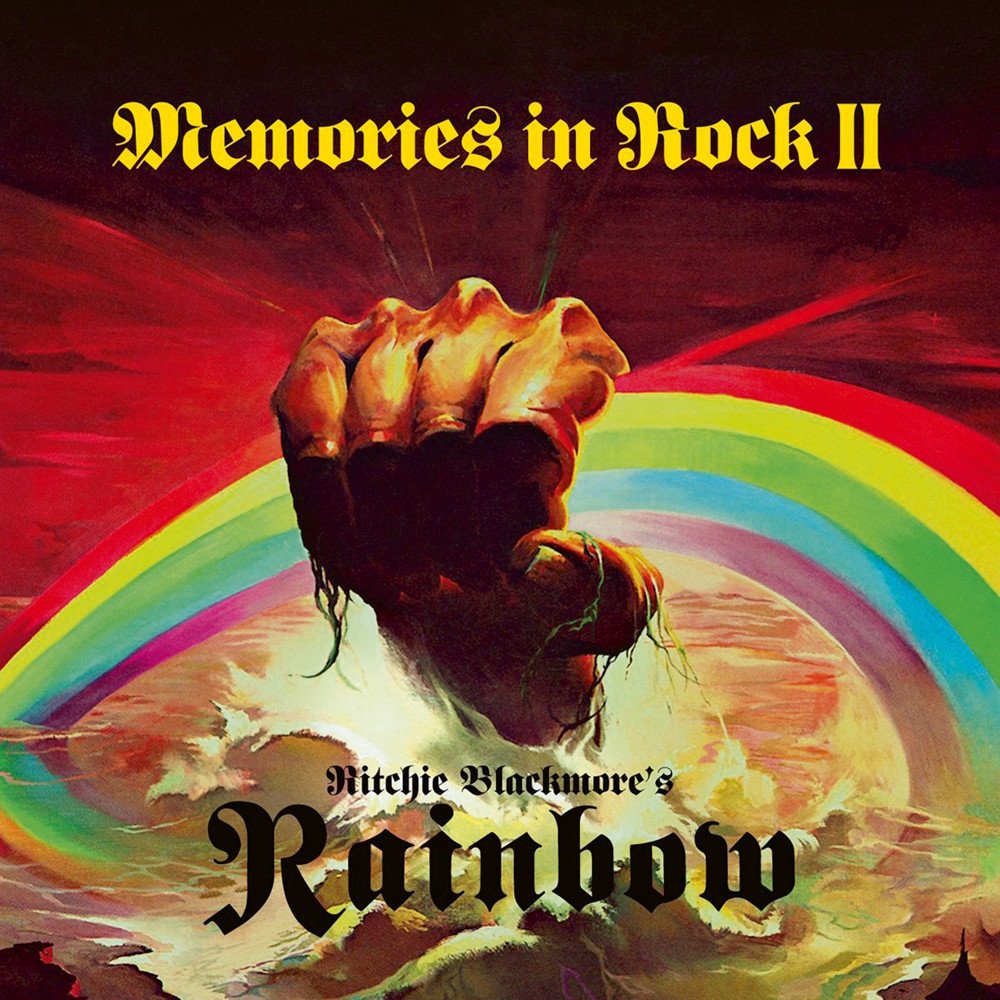 Never thought that Ritchie Blackmore would ever return to playing hard rock music again. For years and years he has been boring us with his minstrel hippie outfit Blackmore’s Knight with his wife Candice and his mother in law ruling the roost. But a few years ago after hearing singer Ronnie Romero singing on You Tube he started to change his mind resulting in getting together a new line-up of Rainbow with Romero, Stratovarius keyboard wizard Jens Johansson, bass player Bob Nouveau and drummer David Keith (courtesy of Blackmore’s Knight). To be fair a band of nobodies except maybe the man in black himself, Romero and Johansson. Former singer Joe Lynn Turner had expected to get the nod but Blackmore ignored him and also Glenn Hughes who expressed interest did not receive a call. Under the banner Ritchie Blackmore’s Rainbow some European festivals were visited to mixed reactions. People were glad that Blackmore returned to rock but the shows brought mixed feelings to press and audience. Okay, what does this 2 CD/DVD has to offer? A trip down memory lane, that is for sure with the band playing old Rainbow classics and mixing that up with Deep Purple evergreens. And there is a new studio song as closer of the procedures in the form of ,,Waiting For A Sign’’, a decent rock song but certainly not spectacular. And that goes for the whole product it is decent but not spectacular. My main problem that I have is the complete lack of power of the rhythm section. Nouveau and Keith may be capable musicians but their lack of power harms the record. Never ever can they erase the memory of people like Cozy Powell, Bobby Rondinelli, Bob Daisley, Chuck Burgi or Jimmy Bain. Romero sings great, I must say, and also Johansson is doing a fine job but also here there are some small problems as several songs just do not suit Romero’s voice. And what about Ritchie himself? Still an ace on the guitar but it seems to me that for Ritchie this whole event is just a project, not something in which he has invested his heart and soul. He plays what he has to play but it just seems that his heart is not in it. Some songs have a different arrangement, some songs are stretched out to the max with a fifteen minute version of ,,Difficult To Cure’’ taking the cake, but never ever these recordings make you feel warm inside and give you the impression that in future there are great things to come. Maybe you feel different but ‘Memories In Rock II (Live)’ to me is decent but nothing more than that. The DVD by the way is filled with interviews and some clips and could have been avoided as it does not add a lot toward this release.