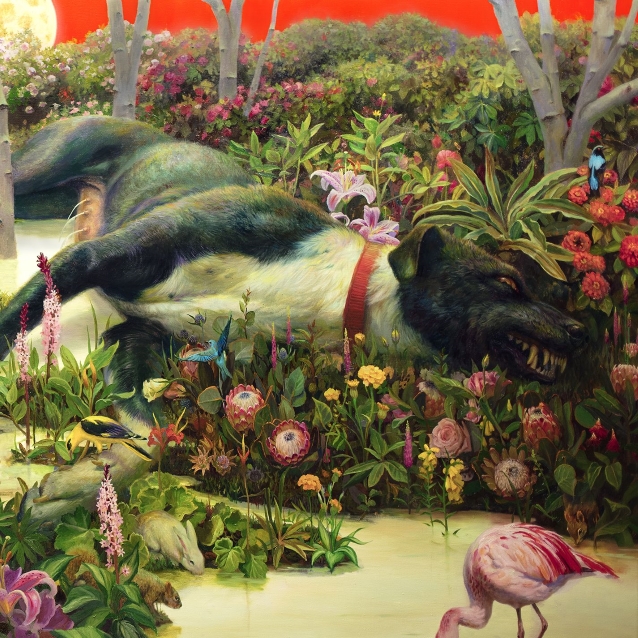 This year has only just begun but ‘Feral Roots’ by Rival Sons is already the second, after the marvellous Evergrey album, very exciting new rock album of the year 2019. Rival Sons, the  amazing rock band from Long Beach, California, has been making records and performing since 10 years now and ‘Feral Roots’ is their sixth album and according to yours truly this one is their best one by far! ‘Feral Roots’ contains 10 brand new songs and they are all very accessible, featuring notorious heavy blues rock riffs and hooks, excellent vocal performances and most of all really catchy and addictive choruses. Take for instance songs like ,,Do Your Worst”, ,,Sugar On The Bone” or ,,Back In The Woods”, after listening to these tracks you cannot get the choruses out of your f…  mind; really awesome stuff: heavy blues anthems like you have never heard before. Of course the musical influences of Rival Sons can be easily “identified”, as you will certainly hear and discover musical characteristics of bands like Led Zeppelin (John Bonham eat your heart out), The Doors, or even The Black Crowes and Black Stone Cherry. Highlights of this amazing album are: ,,Too Bad” (heavy blues rock), ,,All Directions” (ballad like with great vocals), ,,Feral Roots” (folk rock Led Zeppelin-like with great guitar work) and ,,Shooting Stars”. The latter being an awesome hymn/anthem like track where Rival Sons is assisted by a gospel choir; check it out. ‘Feral Roots’ is an awesome album, a must have for blues rock fans, buy or die!! By the way, this band should be playing the famous Pinkpop Festival (NL) this year as they will certainly bring the house down with some of their new excellent tracks!