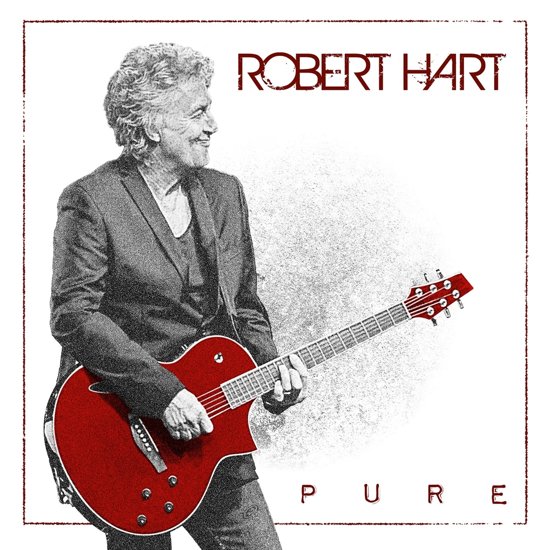 Robert Hart is an English vocalist who has been in the business for many years but might not be known to a large audience. Robert was the singer of The Distance, Bad Company (two studio-albums including the outstanding ‘Company Of Strangers’) and The Jones Gang. Since 2011 he is the front man of Manfred Mann’s Earth Band with whom he has been touring quite extensively. In the past he released several excellent melodic rock/AOR records under his own name (‘Cries And Whispers’ and the stellar ‘Robert Hart’ are must have albums) so I was pleased to hear that finally a new solo album under the title ‘Pure’ had reached our shores. As is now usual with Escape Music label owner Khalil Turk assembled a bunch of seasoned musicians around Robert Hart. Swedish mastermind Tommy Denander, FM boss/singer Steve Overland, bass player Brian Anthony and drummer Michael Lange have made sure that the musical part is up to scratch with Denander and Overland writing all the material and taking care of production with Brian Anthony mixing and mastering. I am actually surprised that Robert Hart has not contributed any song material himself as in the past he has proved himself as a prolific songwriter. The title ‘Pure’ must have been chosen because of the music as this is a ‘pure’ and outstanding AOR record with also some West Coast Rock influences surrounded by a silky and smooth sound in which the still great sounding voice of Hart has taken centre stage. Listening to the whole record there is not much to complain at all, maybe Overland and Denander could have written one or two more up-tempo rockers, as Robert Hart is that versatile. Now that part of his vocal range is slightly ignored. There are some rockers on the album like ,,Double Trouble’’ but the emphasis has been put on smooth easy to digest and very accessible and very modern sounding AOR songs. Hart’s vocals are immaculate and especially the harmony vocals are in some cases superb as well (with a very big Steve Overland-vibe in there). Overall ‘Pure’ might be a bit on the soft side but the twelve compositions are all ship shaped for the voice of Robert Hart who proves he is still a force to be reckoned with. A fine and lasting album!