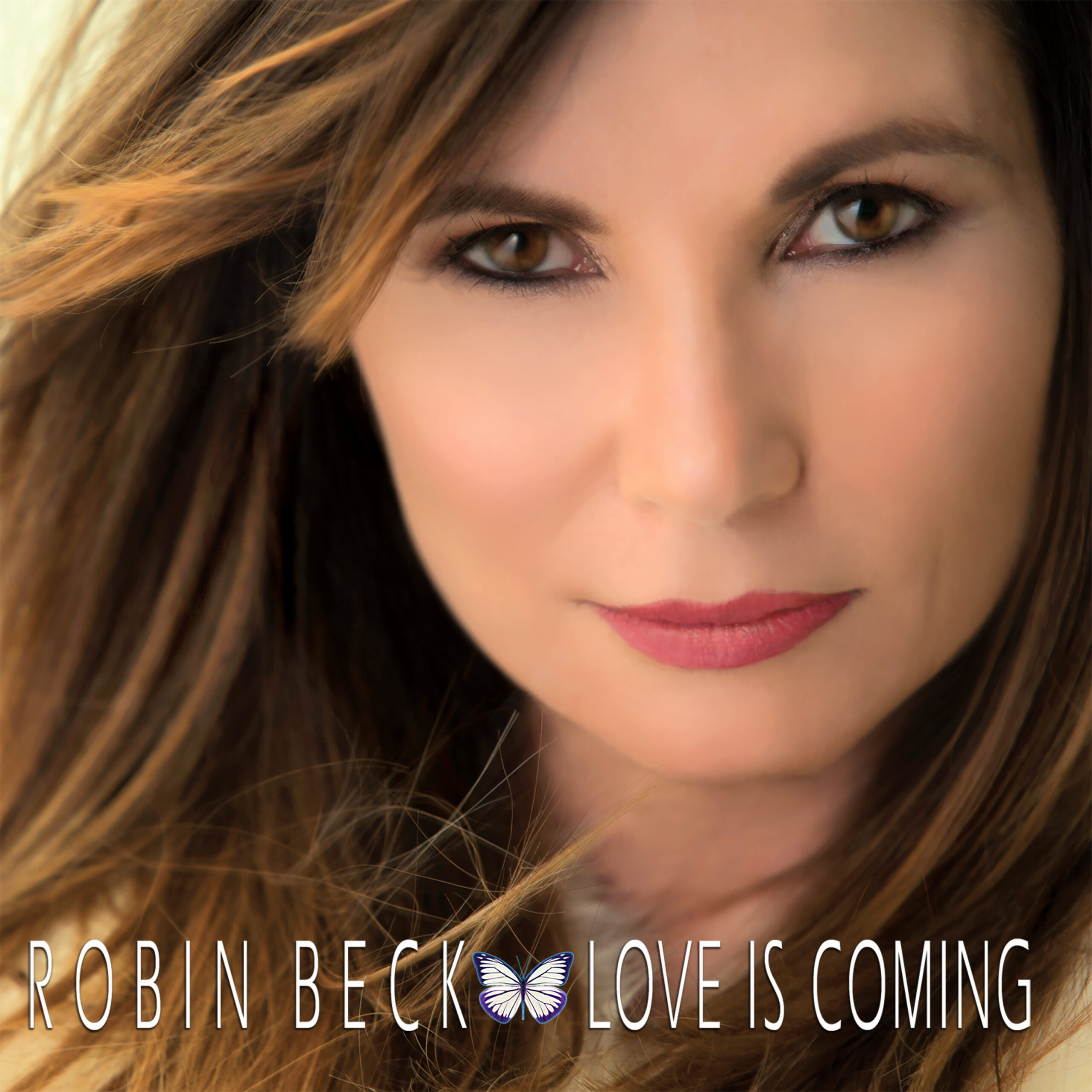 Robin Beck might go down in music history as the girl that sang the song ,,First Time’’ that was used for a Coca Cola commercial. That would be very unfair towards this woman who has been a strong force in rock music ever since and now she is releasing her tenth CD ‘Love Is Coming’ renewing the working relationship she has with producer/song writer/ multi-instrumentalist Cliff Magness (who recorded some fine AOR albums himself like ‘Solo’), while also her husband James Christian (House Of Lords vocalist) has been involved with the production. Also helping out Swedish master mind Tommy Denander. With that much expertise behind her and taking in account Robin Beck’s still excellent voice ‘Love Is Coming’ is a very nice and comfortable CD to surround your ears with. Robin Beck has a voice that suits almost any style of rock, that is as clear as day as you go through this twelve track CD. On the relentless rocker ,,Girl Like Me’’ she just belts it out, while on other tracks she can come across like a powerful nightingale (,,Warrior’’). Magness and Christian have supplied Robin Beck with the right sound and it seems that Cliff Magness has more or less played most of the instruments. Style wise this CD is a combination of smooth AOR, a bit of West Coast rock and a very healthy portion of ballsy straight forward rock. The emphasis is not only on Robin’s voice but also on good songs. A few years ago Robin made a comeback to the live stage and it seems to me that the bulk of the material that is gathered on ‘Love Is Coming’ was written with that in mind. Lovely CD by a seasoned artist that obviously still has got a lot to offer!