ROBIN MCAULEY-Standing On The Edge 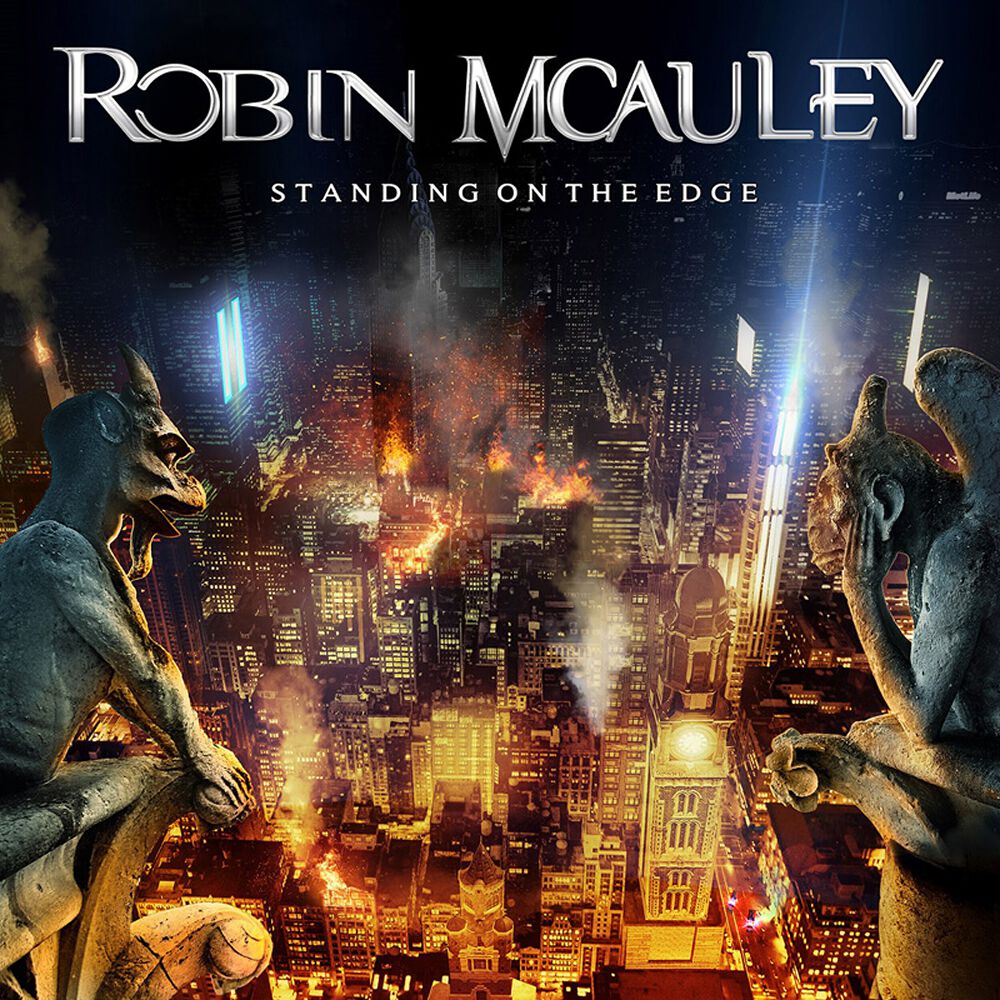 ROBIN MCAULEY-Standing On The Edge

I believe the 1999 album ‘Business As Usual’ was the last real solo-album by vocalist extra-ordinaire Robin McAuley. The last couple of years he worked close together with his old pal Michael Schenker in Michael Schenker Fest and last year he participated in the Black Swan project with guitarist Reb Beach and bass player Jeff Pilson. For this record Robin teamed up with a team consisting of Frontiers staff producer Alessandro Del Vecchio (keyboards, bass, background vocals and production), guitarist Andrea Seveso and drummer Nicolas Papapicco. Del Vecchio co-wrote most of the songs but there were also contributions by former Heart guitarist Howard Leese (co-wrote and played guitar on the track ,,Supposed To Do Now’’), Robin’s former Grand Prix mate Phil Lanzon (now in Uriah Heep) and also Swedish rock master Tommy Denander co-wrote a couple of songs. Robin still has a gorgeous voice, one that you can pick out very easily.

The man has not lost any of his versatility. He can rock hard, do mid-tempo material and a ballad coming out of his pipes is always a pleasure to hear (,,Run Away’’). It might not always sound super original (for instance the title track sounds like George Lynch opens the track up) but in general the compositions are very much suited for Robin’s voice. Very lush, very melodic, there were appropiate with power, it makes ‘Standing On The Edge’ a very enjoyable melodic rock album with the tracks ,,Do You Remember’’, ,,Late December’’, ,,Supposed To Do Now’’ and ,,Running Out Of Time’’ as most outstanding songs in my humble opinion. Robin might not be 18 years old anymore but as a singer and musician he still brings home the bacon. Overall a job well done by Robin and his Italian entourage.