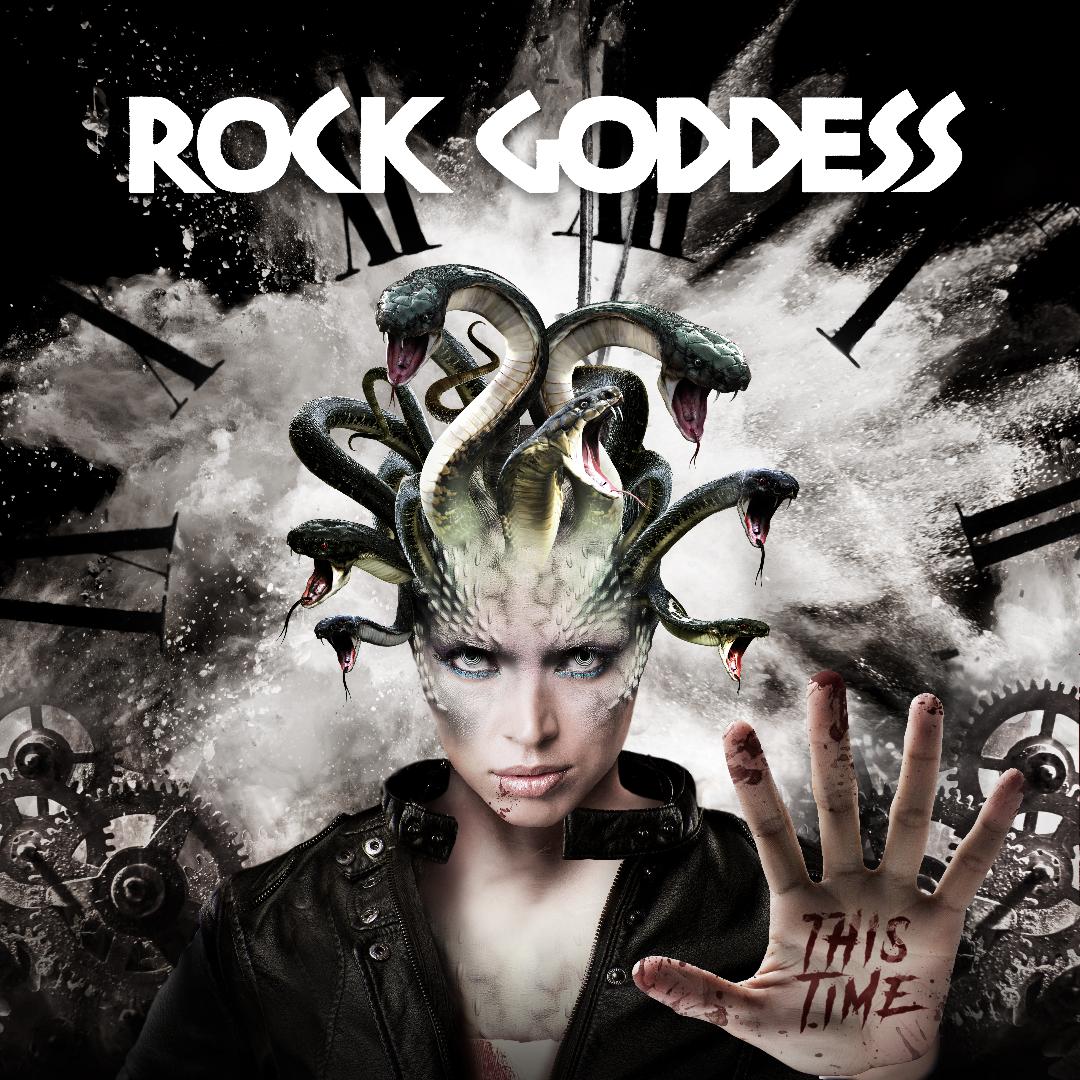 Bite You To Death Records

Never thought that the sisters Jodie [guitar/vocals] and Julie Turner [drums] with bassist Tracey Lamb would make a comeback. These three ladies got together in 1977 when they were extremely young. Their dad had a music store and some contacts and working with Girlschool producer Vic Maile landed Rock Goddess a major record deal with A&M. The self-titled debut album from 1983 was a nice rock and metal record but successor ‘Hell Hath No Fury’ [also released in 1983] was not as good. Some line-up changes later there came a third record in 1987 [‘Young And Free’] but not long after that Rock Goddess disappeared only to re-emerge in 2013 in the original line-up releasing an EP in 2017 [‘It’s More Than Rock And Roll’] before starting to work on their fourth album. Shortly after the recordings Tracey Lamb left the band [replaced by Jenny Lane] but her bass parts were kept intact on the album ‘This Time’ that is being released on their own record label. Not expecting a lot after being absent for some 30 years I cannot say that I am disappointed after hearing ‘This Time’. Okay, the song material is not always super original and the production is reasonably simple but the ladies [now in their fifties] are happy to be back as you can hear for yourself when opener ,,Are You Ready’’ hits the speakers. Jody Turner must have kept her guitar in tune for all those years as her riffs and solos are sometimes quite powerful and inventive while Julie keeps up the pace. The singing is a bit on the simple side at times but the songs are purely metal based. Listen for instance to ,,Two Wrongs Don’t Make A Right’’, that song is pure aggression all the way and is based on a simple but heavy and effective riff. And there is more stuff like that on ‘This Time’. So there is nothing to be shamed about for the sisters, ‘This Time’ rocks along nicely and is in my opinion better than the last CD that Girlschool delivered a few years ago. Not sure if many people will show enough interest in Rock Goddess now but I give them a [moderate] thumbs up for making an honest sounding rock album after such a long time away from the rock world.