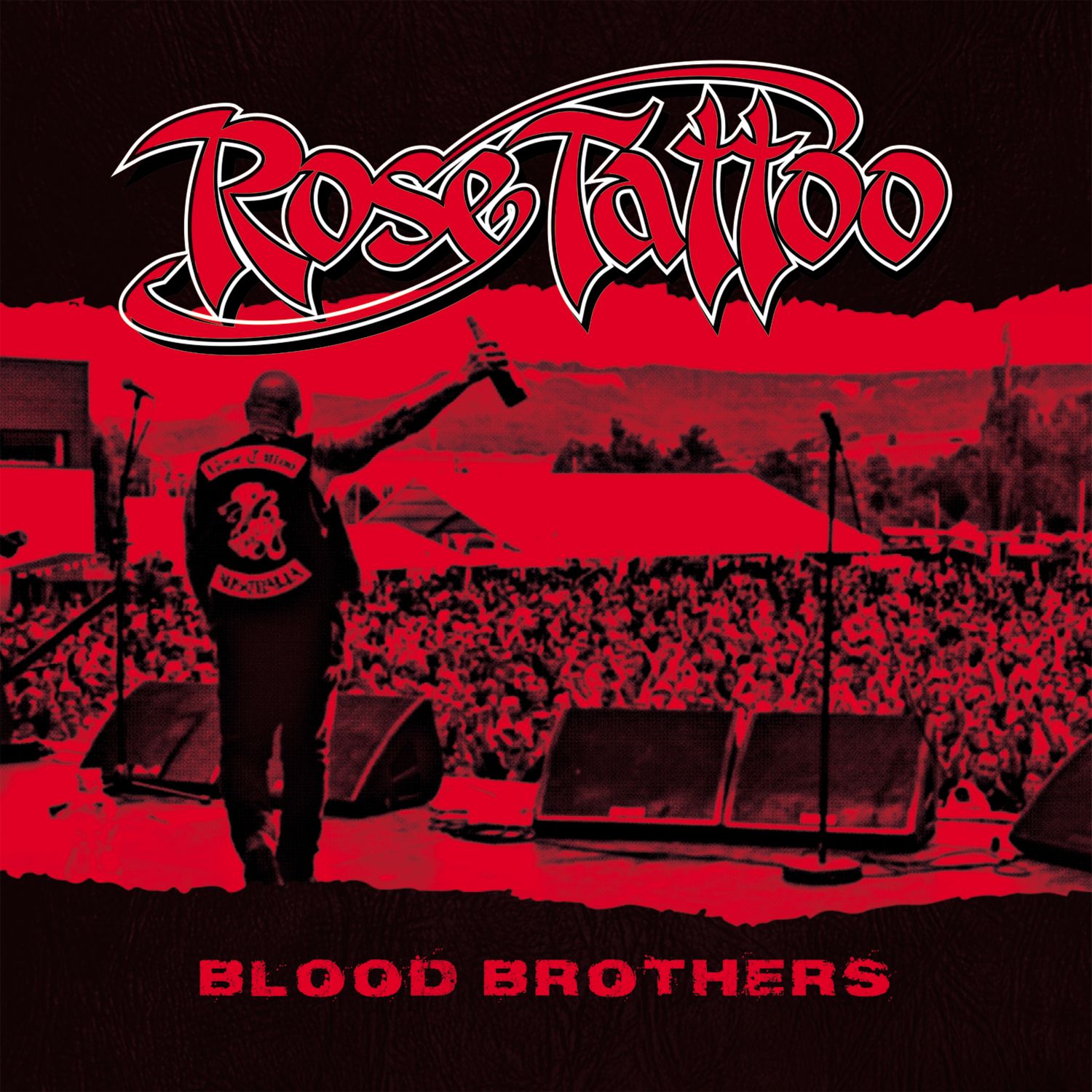 One of the first records I bought in Australia after relocating to that country from The Netherlands was Rose Tattoo’s ‘Blood Brothers’, their first studio record in quite a while. After that there were no new studio records. Recently there was ‘Tatts: Live In Brunswick’ a in 1982 recorded live album with most members of the original line up still alive and present. Today there is a new version of Rose Tattoo. Of course led by the enigmatic singer Gary ‘Angry’ Anderson together with former AC/DC bass player Mark Evans, the guitarists Bob Spencer (ex-The Angels) and Dai Pritchard plus Aussie Crawl drummer John Watson. This line up has been touring and is about to undertake a UK tour with Girlschool in September. In order to have a product on the market the decision was made to re-release the ‘Blood Brothers’ album and they added six live versions of songs from this album as bonus. I would have preferred to hear the new line up perform some old classics just to hear how that would sound but hey, you can’t have it all! At the time when I got ‘Blood Brothers’ I really got into the band again as there were/are a few very good songs on this release. Especially opener ,,Black Eyed Bruiser’’ is a track that could have been on the very first or second album of the group as could ,,Nothing To Lose’’, were the old flame was set alight again. But to be honest ‘Blood Brothers’ was not as good as those first two, three records although better than for instance ‘Beats From A Single Drum’. But truth be said on this record the band sounds more or less like in the old days, energetic, as raw as uncooked steak, far from perfect yet cocky as hell complete with Anderson’s cheeky presentation. But what we are really waiting for is a new studio record Angry. You have often talked about delivering one more absolute hammer with Rose Tattoo before calling it a day. The time has come to deliver that album and then just carry on because there is still plenty of juice in your tank. The day that Rose Tattoo retires will be a sad day in rock and roll history.