ROSS THE BOSS-Born Of Fire 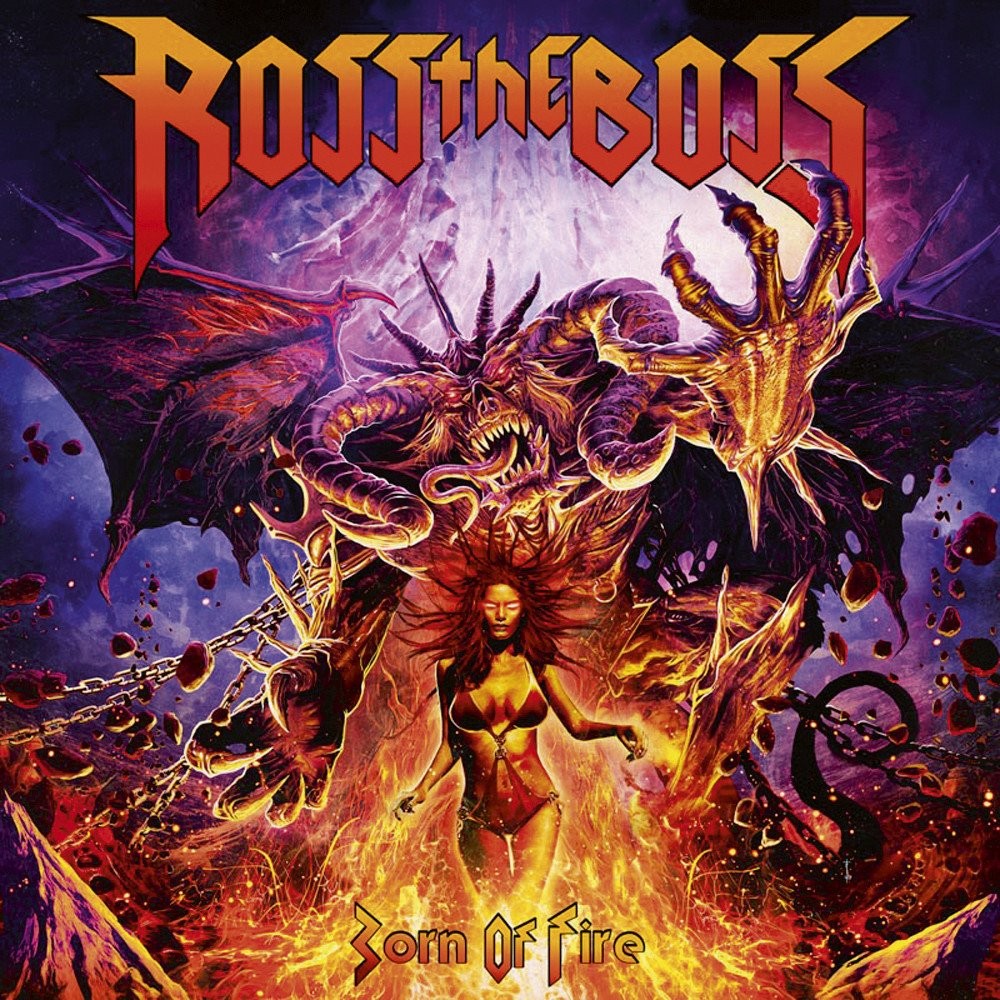 ROSS THE BOSS-Born Of Fire

Now that Manowar has been put on ice there is a spot to be taken in the metal world and someone who is very keen to take that position is Ross ‘The Boss’ Friedman, the co-founder of Manowar and participator in the first six albums before he called it a day after some problems with bass player Joey DeMaio. Since 2006 Ross is fighting the good fight under his own banner releasing albums and touring. He had quite some success with the 2018 album ‘By Blood Sworn’ and the band made sure they got noticed. For this album Ross managed to keep his touring band (singer Marc Lopes, bass player Mike LePond and drummer Steve Bolognese) together and he went back an old habit. He started making demos of his songs, involving his musicians, stripping things down, adding parts, in a nutshell working the old fashioned way like he did with Manowar. Ross is certainly not a fool, he knows exactly what his audience wants to hear from him and that is why the four musicians have delivered a 45 minute sonic metal attack that will shake the fillings in your mouth. It may not be super original but this album kick ass. The main weapon this band puts forward is singer Marc Lopes. I do not want to describe him as a new version of Eric Adams (Manowar) but the man has an enormous reach, brutal power and a voice that fits perfectly with the nuclear attack metal that this band has recorded. Speed, force, screaming guitars, this is pure metal old school style with songs about swords, blood, guts, death and all the usual topics. Ross The Boss is sticking to his guns on ‘Born Of Fire’ and he has every right to do so. This is who he is and what he has stood for since the first Manowar album. It is his legacy that has just been increased with an earthshaking, simple yet super heavy album.